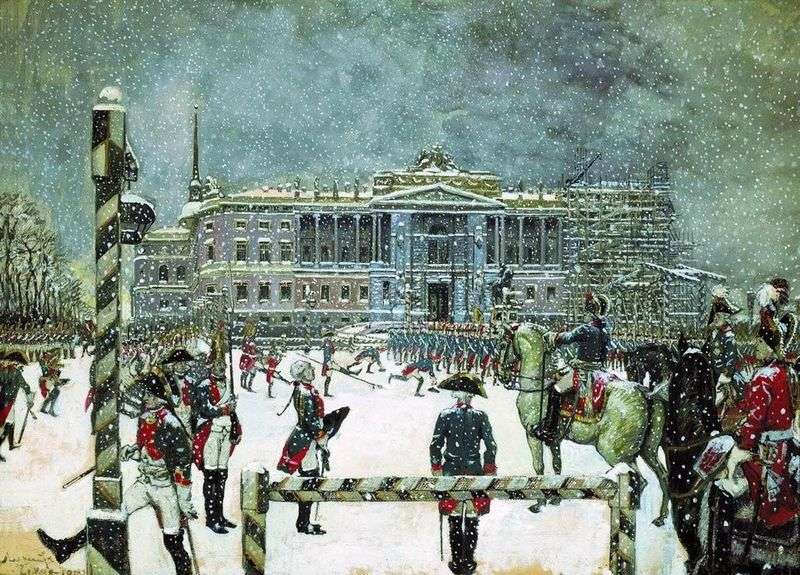 The artist takes the viewer to the end of the 18th century. A picture of an army parade unfolds on the winter parade ground. Emperor Paul I in a company of two sons on horseback watching what is happening. Horsemen arrogantly look at a group of soldiers and officers. One of the servicemen, stretched out and tore off the cocked hat, froze, numb with servility and horror in front of the monarchs.

In the foreground, Benoit painted a barrier. This object in the picture is not accidental – it symbolically closes the way out to the emperor: in the background, against the background of the gloomy skyline, the fatal facade of the unfinished Mikhailovsky castle, where in 1801 as a result of the conspiracy Paul I will be killed by officers.