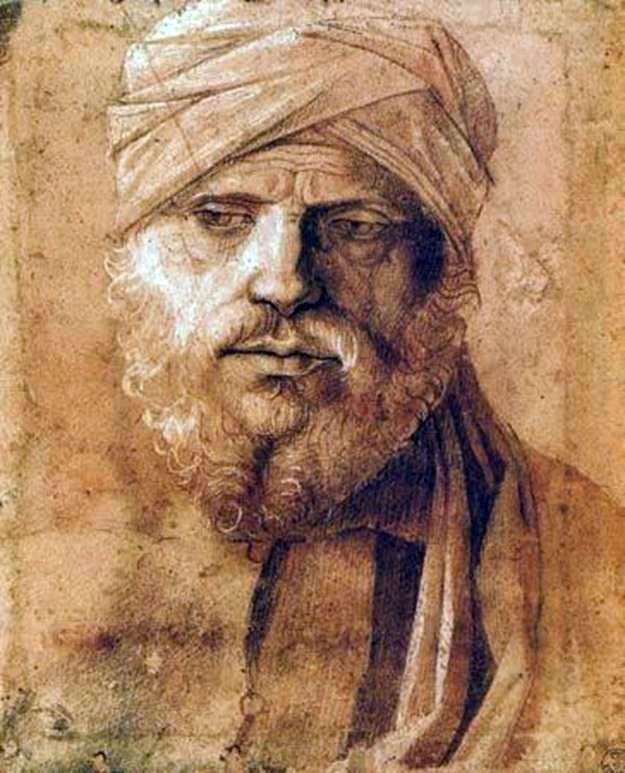 It’s hard for us to judge what role the figure played in Bellini’s work. First, we do not have enough drawings that can be attributed to Giovanni Bellini sovereignty. Secondly, only a small part of them is directly related to his paintings.

In those cases when the drawings are not signed, art critics have to determine their authorship for barely noticeable stylistic features. This state of affairs inevitably gives rise to controversy. For example, some researchers believe that “Portrait of a man in a turban” was drawn not by Bellini, but by Mantegna. Differences in the manner of drawing of these two artists are very insignificant. It is believed that the work of Bellini in this genre is “more transparent.” But this is a rather vague definition.