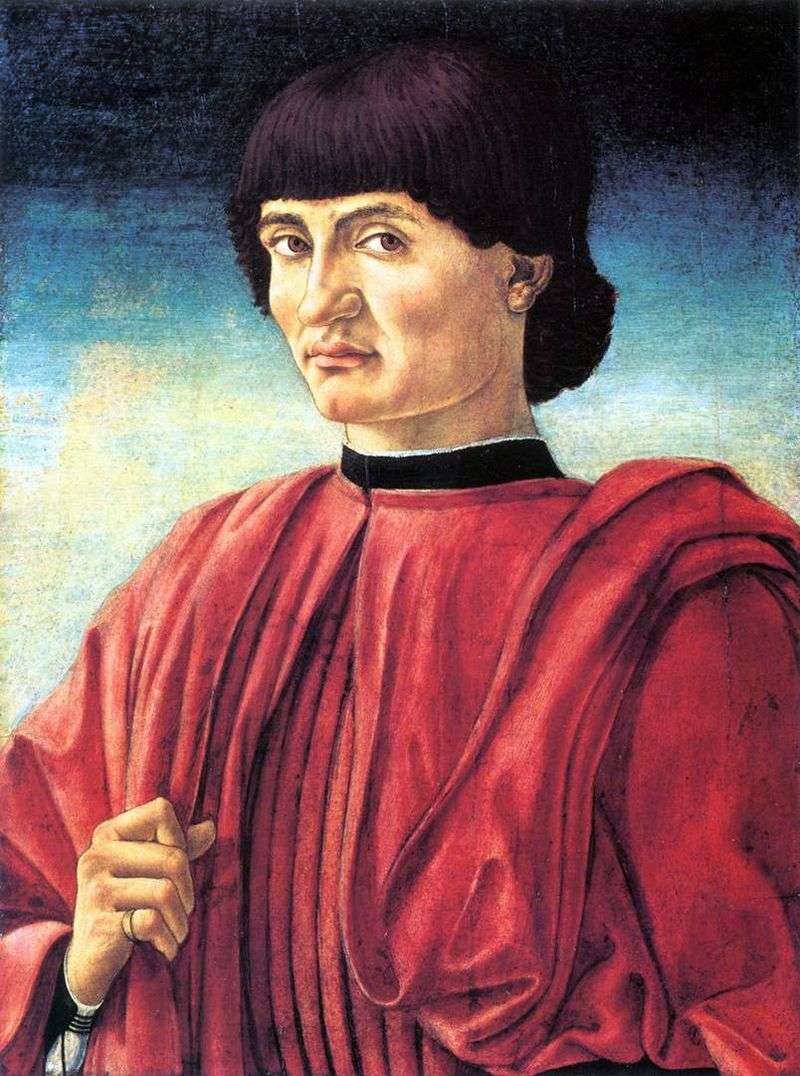 The first news of the master of the Early Florentine Revival of Andrea del Castaña dates back to 1440, when, by order of the Florentine authorities, he painted on the wall of the Palazzo del Podesta in the form of the hanged enemies of the Medici, members of the Albizzi family. Later he worked in Venice.

In 1444 Castaño joined the shop of Florentine painters and until his death during the epidemic of the plague did not leave the city, if not to keep in mind that, supposedly, in 1454 he worked in Rome. The formation of Castaño as an artist was greatly influenced by the art of Masaccio, Donatello, creative contacts with Domenico Veneziano.

In the artistic heritage of Castaño – mostly monumental works. The presented portrait is an easel painting by the artist. The image created by him is expressive, filled with courage, the internal power, strength and quiet dignity of the Renaissance man are felt in him. This is one of the first examples of a male portrait with a “three quarters” view.

The singularity of such a turn prompted the researchers to see in the work part of the composition of an unknown religious canvas. It has been suggested that Castaño did not paint a portrait from nature, that he was modeled on a sculptural portrait. Other famous works: the fresco cycle “Famous People”. OK. 1450. The Uffizi Gallery, Florence; paintings of the refectory of the monastery of Sant’Apollonia. OK. 1447-1449. Museum of Sant’Apollonia, Florence.