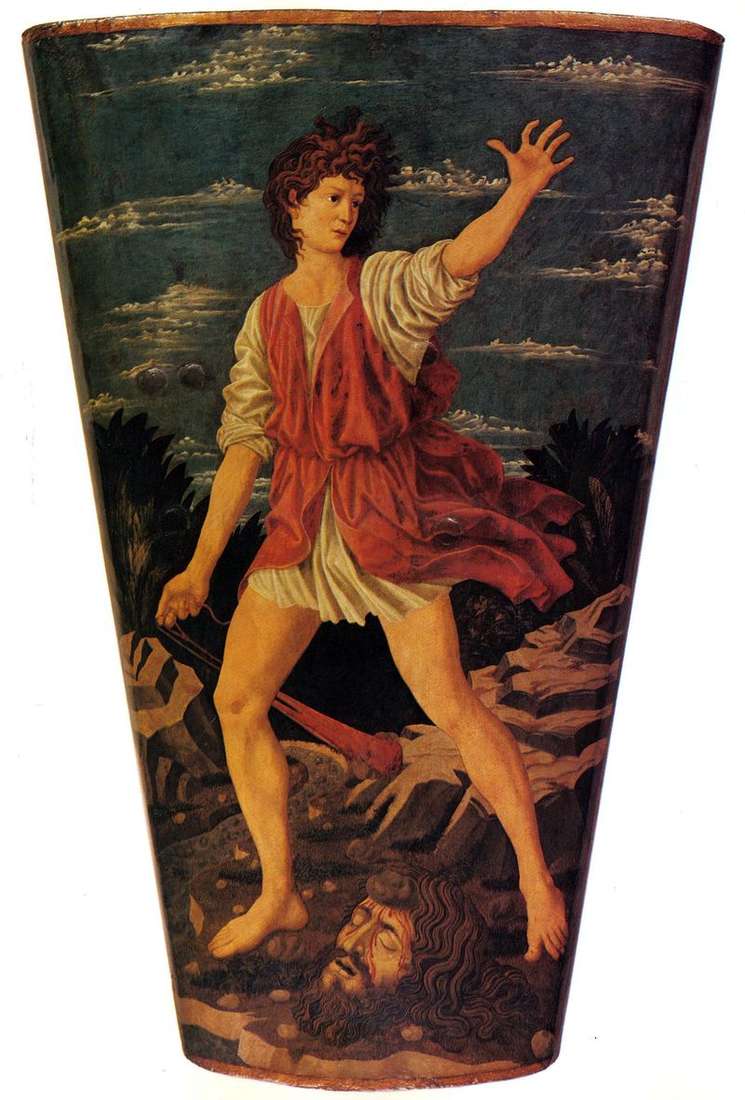 Painter of the Early Italian Renaissance, one of the representatives of the Florentine school, Castaño, in his work was influenced by the works of such masters as Donatello, Paolo Uccello and Masaccio. Castaño developed problems of perspective, dynamics and anatomy of the human body.

The creative geography of the artist is connected with such cities as Florence, Venice and, perhaps, Rome. The freedom-loving works of Castaño are distinguished by the dynamic plastic molding of the forms, and their vivid color gives expressiveness to the silhouettes and arrangement of the characters in the picture. The frescoes of this artist are full of dramatic sharpness, giving them even more attraction and some mystery. It can be said that the work of Andrea del Castaño is dedicated to the creation of a monumental image of man. His slightly rude, courageous characters mark the further development of the imaginative principles of Donatello and Masaccio. Cleverly using contrasts of light and shade, the artist writes out the figures on the canvas in such a way that they become like sculptures.

The most famous works of the artist can be called a series of portraits of his famous contemporaries: Dante, Petrarch, Boccaccio, condottier Pippo Sponso; not the last place in this series is the picture “David”, written in a well-known biblical story. The image of David, at the feet of which lies the head of Goliath, characterizes strength and energy. It is no accident that the artist portrayed David as a brave warrior. It was strength and courage that were especially appreciated by the Florentines, and a brave youth who, having thrown a stone from his sling, managed to defeat the giant, embodied a real masculine ideal.

It is noteworthy that this picture was painted on a shield covered with leather. Such shields were intended for solemn occasions, they were to be worn along the streets during the festive processions. In the XV century. painters often had to perform work related to the design of city festivities. In these works the artists invested a lot of energy, but until now such pictures have hardly reached, because they were written for short-term city entertainment, and therefore they were not kept.

Castaño created a number of courageous, energetic images. His brush belongs to a large number of frescoes, which reveal the artist’s plastic approach to painting. Castaño practically did not paint landscapes and still lifes, concentrating his attention on the sculptural interpretation of the human figure.

In his time, Castaño was considered a man of tragic fate. Some art critics believe that the artist in a fit of anger killed his teacher. It is not known how reliable this story is, but it confirms rumors about the violent nature of Castaño.