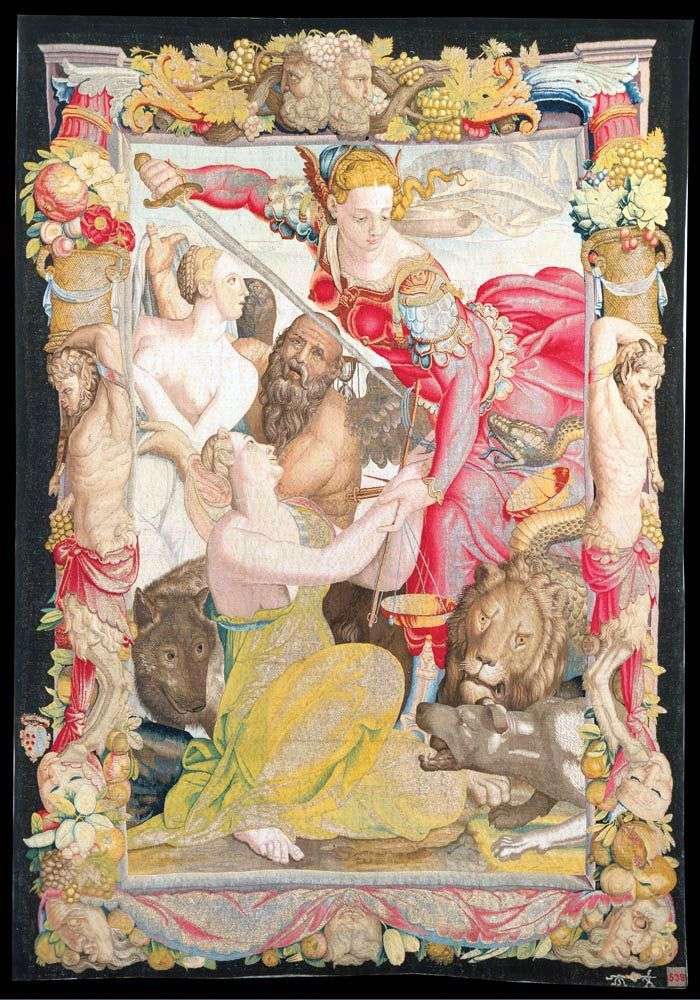 In 1545, Cosimo de ‘Medici founded a gobelin factory in Florence, employing skilled Flemish weavers for this purpose. Flemish masters of tapestries were famous then throughout Europe, and it is for this reason that the famous tapestries for the Sistine Chapel on the so-called “Raphael cartons” were woven not in Italy, but in Brussels.

For the ducal factory, Bronzino created a huge number of cardboards. One of the first in this series is “Justice, liberating Innocence.” Then followed a series of cardboards with scenes from the biblical story of Joseph.

There is an opinion

that this story was chosen by Bronzino in order to draw a parallel between the board of Cosimo de ‘Medici and the history of the genial statesman, as Joseph draws in the Bible. This series included twenty tapestries. Sixteen were woven on Bronzino cartons, three – on the cartons of his teacher Pontormo, and one more – according to the drawing of Francesca Salviati. Up to us, not one of the “biblical cartons” by which weavers worked has survived, but several preparatory drawings made by Bronzino’s hand were preserved.

The tapestries are intact, and most of them remain in the Palazzo Vecchio. Several more are stored in Rome. Researchers agree that these twenty tapestries constitute the most significant ensemble in the decorative and applied art of the 16th century.