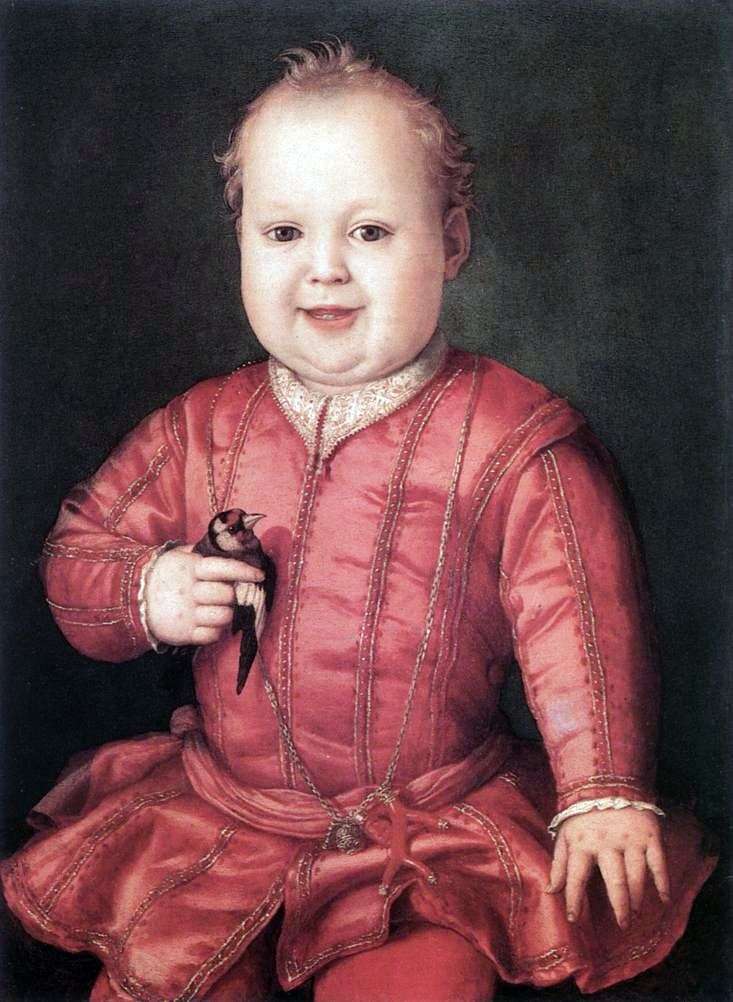 Bronzino belonged to the Medici family with almost adoration. In a letter dated 1551, he calls Cosimo de ‘Medici “the best ruler the world knew,” his wife, Eleanor of Toledo, “the embodiment of all virtues,” and their children “little angels.”

The duke and his wife had eleven children. In addition, the duke had an illegitimate daughter, which Eleonora Toledskaya, according to the testimony of her contemporaries, loved her as her own. Bronzino painted many portraits of the Medici couple and their children.

The first of the children’s portraits is the “Portrait of Bia Medici”, the illegitimate daughter Cosimo de ‘Medici, whose death from the fever in 1542 was hard for the whole family of the duke. A few years later the artist created a portrait of one of the Medici’s sons with a bird in his hand, and in 1551 he painted a portrait of Francesco de ‘Medici.