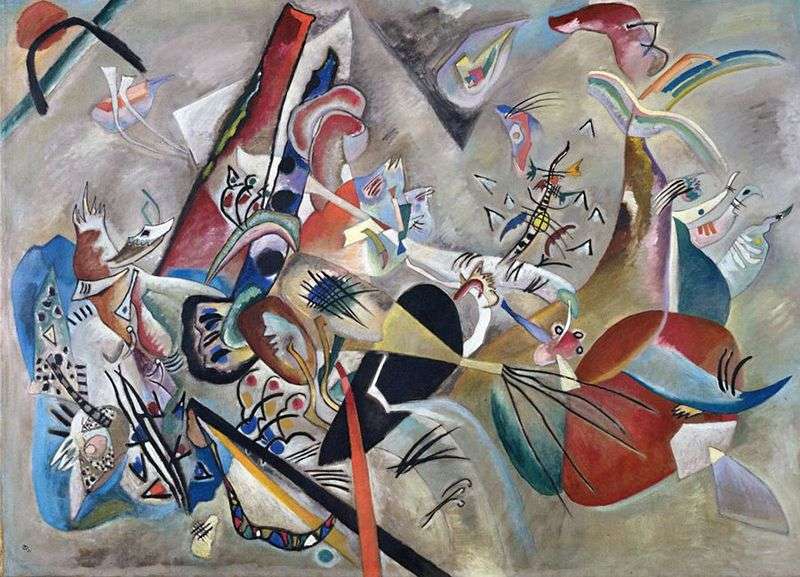 The painting “In Gray” is one of the rare in the artist’s work. It was conceived as a composition with mountains, boats and figures of people. But in the final version, these objects and figures are almost indistinguishable. Everything is reduced to abstract forms.

The picture reflects the artist’s desire for a thoughtful composition of the picturesque space. The master’s palette becomes softer. Muted gray, brown, blue tones are characteristic for the so-called Russian period of Kandinsky’s work. Having left for Germany, the colors become uniform and flat.

Also, the artist did not give rest to one of the creative tasks – to optimally organize the picturesque space, and there was noticeable his desire to solve this moment.

Kandinsky pointed out that the painting “In Gray” is the final work that put an end to the “dramatic period” – the time spent by him on disclosing the mechanisms of this important process for him.