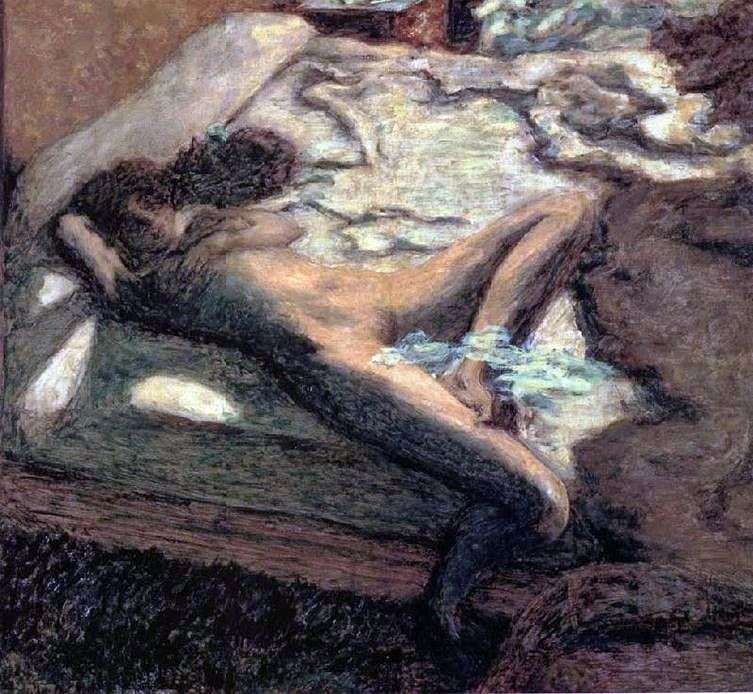 About four hundred times, according to the most conservative estimates, Marta de Meligny posed for Bonnard, while in the list of paintings there is not a single work where the body of his mistress and wife “grew old.” Pictured in the costume of Eve, the figure of the main model of his life has always remained the same young and attractive.

The work “Idle Woman” refers to the category of “intimate” and is not just an image of the naked female body of Maria Bursen, but as if inviting an outsider to penetrate the world created on the canvas and become a participant in the event. The model, stretched out on a bed in a free pose, has no shadow of embarrassment on the face, and all the way she calls to discard the embarrassment and… everything else happens in the imagination of the viewer.