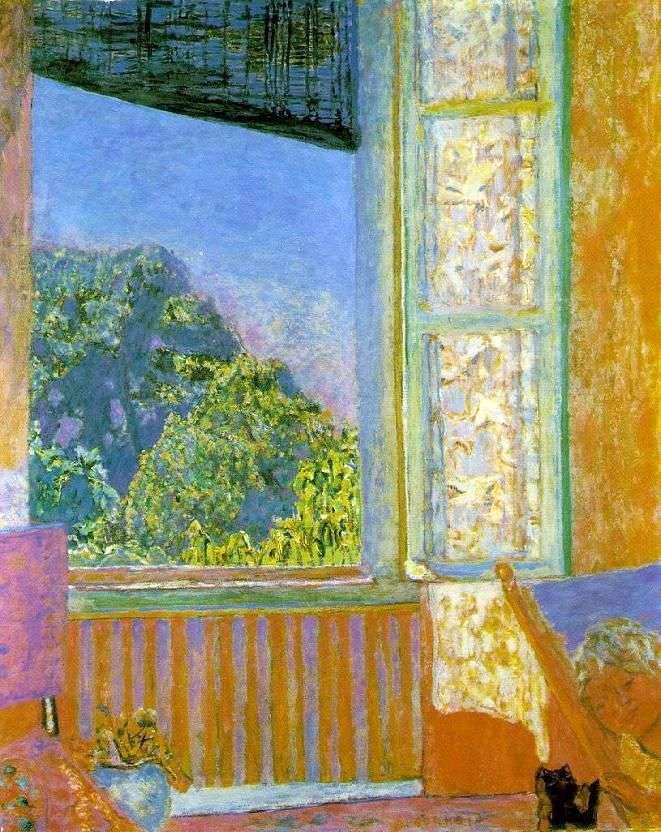 A Frenchman by birth, a neo-impressionist painter, the symbolist Pierre Bonnard was one of the few foreign painters elected to the London Academy of Arts. Pierre Bonnard received a classical art education, in the 80’s. XIX century. studying at the School of Fine Arts and the Paris Academy Julie-ana. A huge influence on his work had a classic Japanese engraving, as well as the work of the famous painter Paul Gauguin. For some time Bonnard was a member of a group of young painters, organized by Gauguin himself and under the enormous influence of symbolic and synthetic works of his founder.

Pierre Bonnard himself always strove to preserve his own individuality, considering the main feature of the artistic sense of the ability to harmoniously distribute lines and colors. Friends considered him not only a wonderful painter, but also a talented decorator and an able illustrator. Bonnard emphasized the decorative nature of his painting. It was said about him: “He is able to decorate the sides of our life with witty and bright patterns of his imagination.” Sensitive and festive beauty of his canvases gave a skillful combination of a flexible rhythm of lines with subtle color contrasts.

The artist first exhibited with the newly formed group of “Independent”, not accepted in the Salon – the official largest exhibition in Paris. It was with this group of artists Bonnard in the subsequent became particularly close.

Private home scenes often became for Bonnar artistic objects. Simplifying the plot, the artist deliberately draws the viewer’s attention not to the content of the canvas, but to the form of conveying his own intention and the artist’s feelings. So, in the picture “Open Window” is depicted a sunlit room with an open window. The dance of colors with which the canvas is filled makes the inhabitants of the room almost invisible: a little girl with a smile on her face and kittens. Outside the window is a magnificent joyous and serene landscape of the south of France. Wide planes of pure color, warm and light color scale convey the general mood of the artist.

Bonnar was in the art group “Nabi”, who strove for the image by simplifying color, drawing and plot, which was fully reflected in his works, not only pictorial, but also lithographic. Perfectly mastering the language of color and lines, he transferred the main semantic load of works to the way of self-expression. Warm, enveloping color, picturesque coziness, contemplation of the author fill out all the works of Bonnard. The name of this artist is closely connected with the notion of the “Paris school”, spread throughout the world a special attitude of young French artists.

“Nabis” worked in different types and manners of art: decorating interiors, sketching for stained-glass windows, fabrics, carpets, tapestries, wallpapers, very intensively – in theatrical and decorative arts, in graphics, posters, posters. Undoubtedly, the most talented in the Nabi group was Pierre Bonnard – ironic and grotesque, then gentle and poetic in his lilac-blue landscapes of the Mediterranean Sea and countless “women after the toilet”, written usually in exquisite silvery-gray colors. In 1911, at the request of the Moscow patron of IA Morozov, Pierre Bonnard painted the neoclassical panel “Mediterranean Sea” imbued with an idyllic mood.