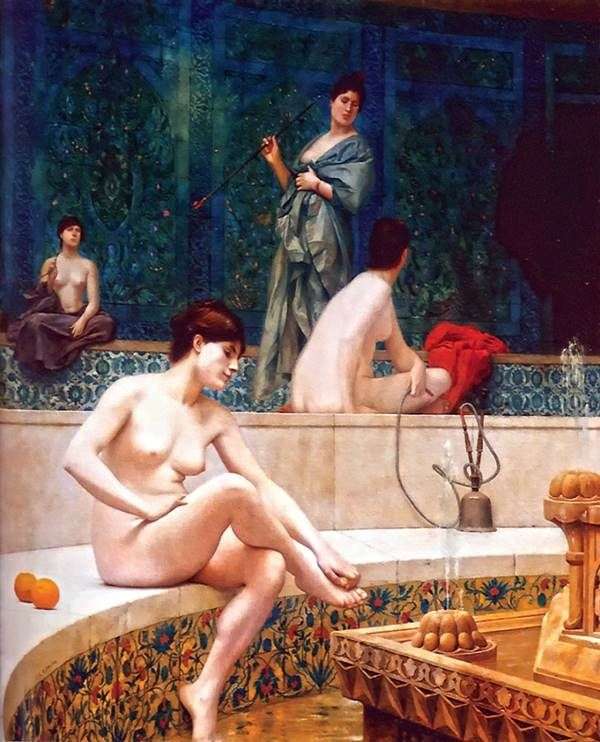 Considering the fact that Saudi Arabia remains the only absolute monarchy in the modern world, it can be stated that the harems as social institutions have remained in the past with rare exceptions.

And how many myths were composed around the harems of the Turkish sultans! And that the wives are all young, and that they do not have numbers, and that the sultan himself rejuvenates due to them. Fashion designer Alexander Vasilyev says that everything is not so: wives are old and scary, and young get into the harem – God forbid, survive and be hunted to death.

However, what is art? According to one version, a clever deception. And we, that it is a sin to hide, we are glad to be deceived, we do not want naked truth, it is too hard and bitter. Perhaps, let the myths remain myths, because they represent an excellent ground for the creation of new works of art. Painting of the French artist Jean Leone Jerome “Turkish bath in the harem” introduces us to the scene intimate from the point of view of feminine hygiene.