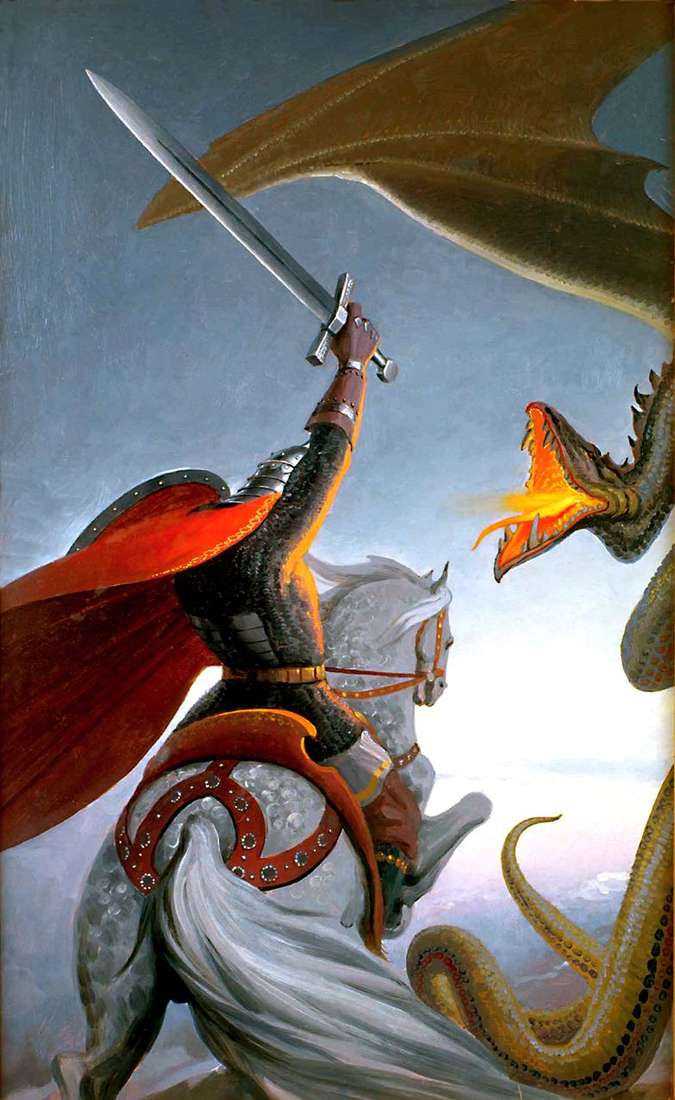 Konstantin Alekseevich Vasilyev is a well-known Russian artist who worked in various genres. He was born in the south, in the city of Maikop, and his childhood, his youth and his mature years passed near Kazan, in a small village of Vasiliev, where dense forests grew, and the calm river Sviyaga poured into the mighty Volga. From childhood, Konstantin Vasiliev showed a craving for painting. At the age of 11 he entered the Moscow Secondary Art Boarding School. VI Surikov, where the future artist perfectly coped with the competitive work.

After some time, Vasiliev transferred to the Kazan Art College and graduated

from this educational institution with honors. After graduation, the artist received a specialty “theater decorator.”

For his thesis, K. Vasiliev performed sketches for the drama of A. Ostrovsky “Snow Maiden.” In these works, the artist managed to bring together in a single whole the scenic relativity, the brevity of the expressive means and the poetic reality of the landscape.

Later inspired by this work, Vasiliev painted a picture of “Geese-swans” on the theme of a famous fairy tale. But the artist did not stop there, he craved knowledge and strove for creative perfection.

The artist has long sought his own style and direction in painting. In search of inspiration, he turned to folk poetic heritage: bylins, sagas, ancient legends, fairy tales, parables and other works of folklore. The result of these searches were beautiful paintings “The Birth of the Danube”, “The Volga and Mikula”, “The Fight of Dobryni with the Serpent”, “The Valkyrie over the Battled Warrior”, “Burn, the fires burn…”, “Meeting at the Window”, ” filin “and many other works on this topic.

The most famous painting dedicated to folk tales is the work “Rus epic”, which gave the name to a whole cycle of paintings. In the painting, K. Vasiliev depicted the hero of the Russian bylina Ilya of Murom in different life situations: in a fair wrath against Prince Vladimir, liberating prisoners from prison, taking the sword from the hero-giant Svyatogor.

Later the artist wrote a series of paintings depicting the heroes of the epic and all the characters of the works: Alyosha Popovich, Dobrynya Nikitich, the heroes of the Novgorodians: Sadko, Vasily Buslaev, Mikula Selyaninovich, Volgo Svyatoslavich, and summarized the images of Russian hero heroes in them.

In the painting “The Combat of Dobryni with the Serpent”, which also enters the cycle “Rus epic”, Vasiliev portrayed Dobrynya Nikitich, the character of numerous Russian epics, a loyal friend and companion of Ilya of Murom, This mighty Russian warrior defeated the insidious Serpent Gorynych, saved the captive old people, children and women imprisoned by the Serpent in the cave, and then rescued from the captivity and Princess Zabava Putyatishna.

A separate place in the work of K. Vasilyev is occupied by paintings that raise the theme of the moral nature of man. An example of such works are picturesque works “At the Gates”, “Northern Eagle”, “Waiting”, “Northern Legend” and “Mermaid”.

Like many artists, Konstantin Vasiliev often turned to military topics. Becoming a witness of the consequences of the Great Patriotic War, he devoted some of his works to these events. The paintings of K. Vasilyev, executed in the battle genre, continue in a sense the theme of folk epics: “Marshal of the Soviet Union GK Zhukov”, “Parade 41”, “Yearning for the Motherland”, “Farewell to the Slav.”

The landscape, like other genres, occupied an important place in the work of K. Vasilyev. Nature especially inspired him, so he wrote his work more often from nature, only occasionally reproducing pictures from memory, and tried to freely improvise. In this spirit, the landscape “Autumn” and some other pictures are painted.

The life of K. Vasiliev, unfortunately, was tragically cut short too early, and the artist did not manage to realize many of his creative plans. Despite a short life, a talented artist Konstantin Alekseevich Vasiliev after death left hundreds of paintings that are popular throughout the world.