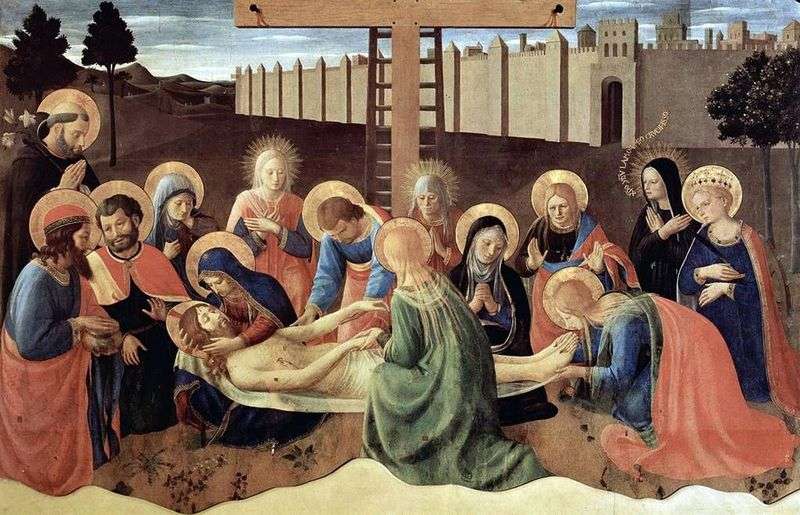 This is the altar image, consisting of one panel, Fra Angelico created for the Strozzi Chapel in the Church of Santa Trinità in Florence. It is believed that the three gables on the belvedere were written by Lorenzo Manako, and Fra Angelico continued to work after the death of Monaco, who overtook the famous miniaturist in 1425.

Fra Angelico builds the entire composition vertically, underlined by a ladder. A group of people taking the body of Christ from the cross forms a triangle, the base of which is the figure of Mary Magdalene and the male figure on the right

This work of the artist is distinguished by the expressiveness of human faces and the volume of forms – this approach to the image was a conquest of the Early Renaissance.