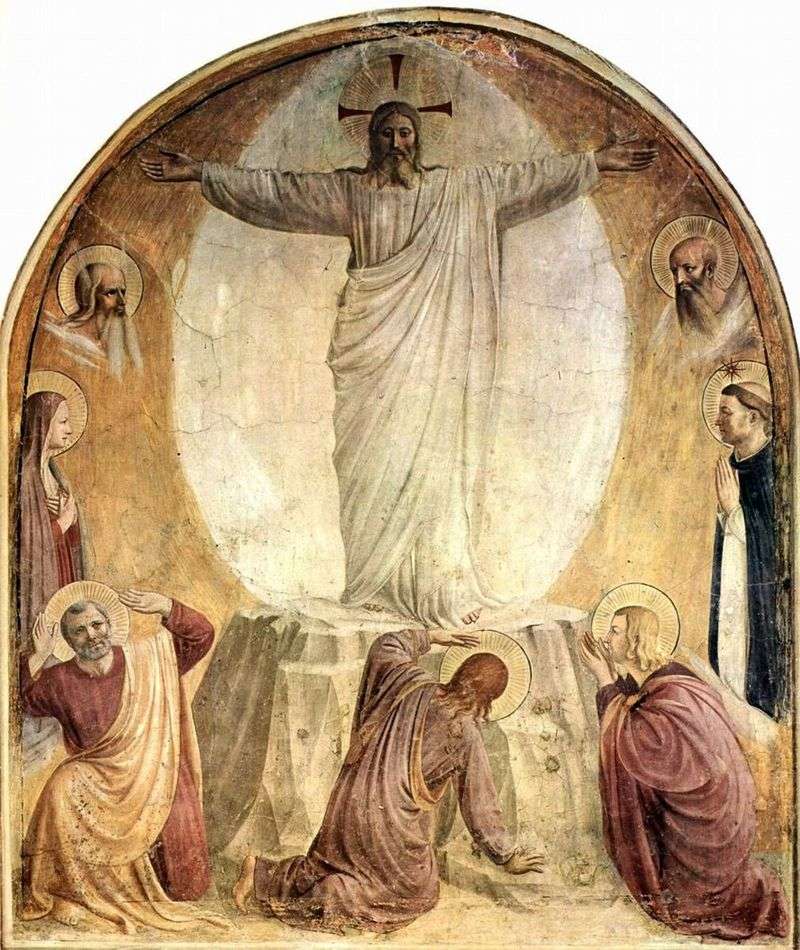 This is one of the most amazing Frescoes by which Fra Angelico has graced the monastery of Sam Marco. It illustrates the most important gospel story. The figure of Christ and the radiance that descends from Him dominate everything that happens, and the hands of the Savior repeat their position on the cross – it is believed that the first in such a pose Christ depicted Fra Andrikido.

The astonished apostles are placed below, and to the left and right of Christ from the clouds “appear” the heads of prophets of Moses and Elijah. Besides. the painting depicts Our Lady and Saint Dominic. Most of the frescoes for the monastery of San Marco the artist wrote very quickly – for four five days. However, work on the “Transfiguration” took Fra Angelico for eight whole days.

One of them was completely dedicated to prescribing the head of Christ. In this case, Fra Angelico’s paint was applied with a small brush, trying to achieve maximum expressiveness.