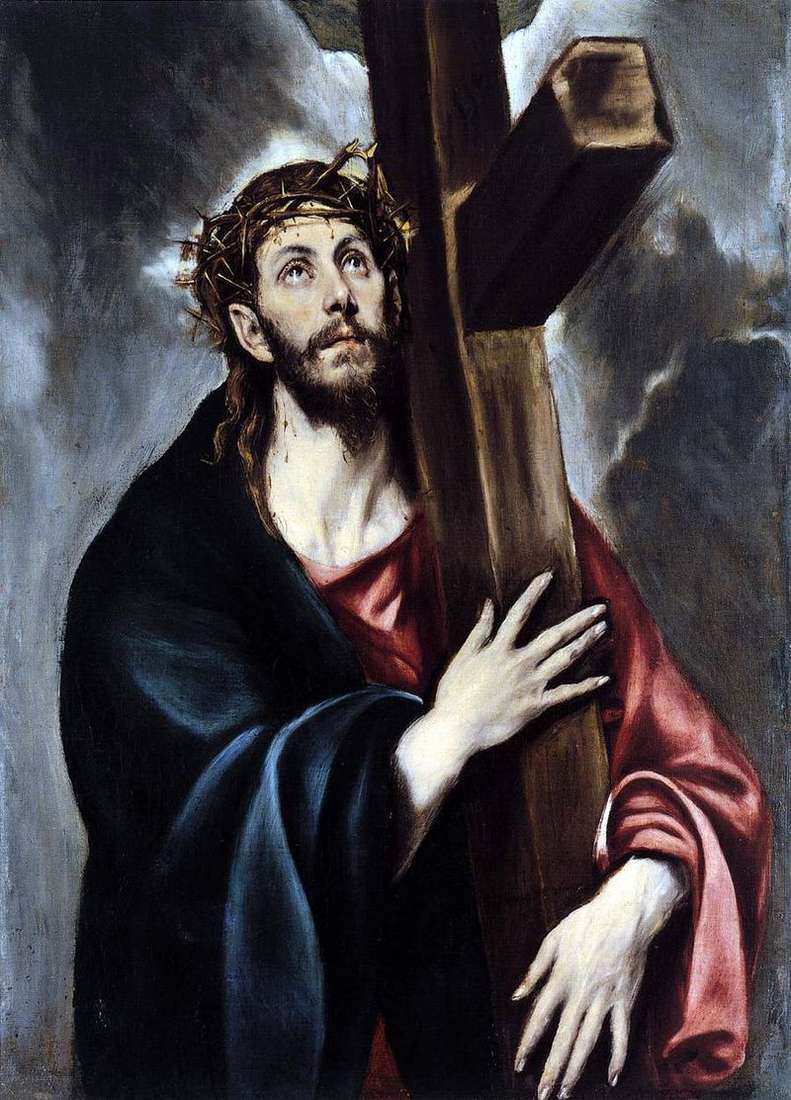 The painting by the Spanish artist El Greco “Christ carrying the cross.” The size of the picture is 105 x 79 cm, canvas, oil. The unusual techniques of the pictorial language, peculiar to El Greco, are not the opening of only one – some analogies to them in one form or another are found in the works of the late Michelangelo and the late Tintoretto. But if the artistic image of the masters of the Renaissance was based on an organic synthesis of reality and high generalization, then in the art of El Greco the imaginary, surreal beginning prevailed.

The very environment in which the artist places a scene is a fantastic other world, a world of wonders and visions. In boundless space, the lines between the earth and the sky are blurred, plans are arbitrarily shifted. Ecstatic images of El Greco look like ethereal shadows. They have unnaturally elongated figures, convulsive gestures, distorted forms, elongated pale faces with wide eyes.