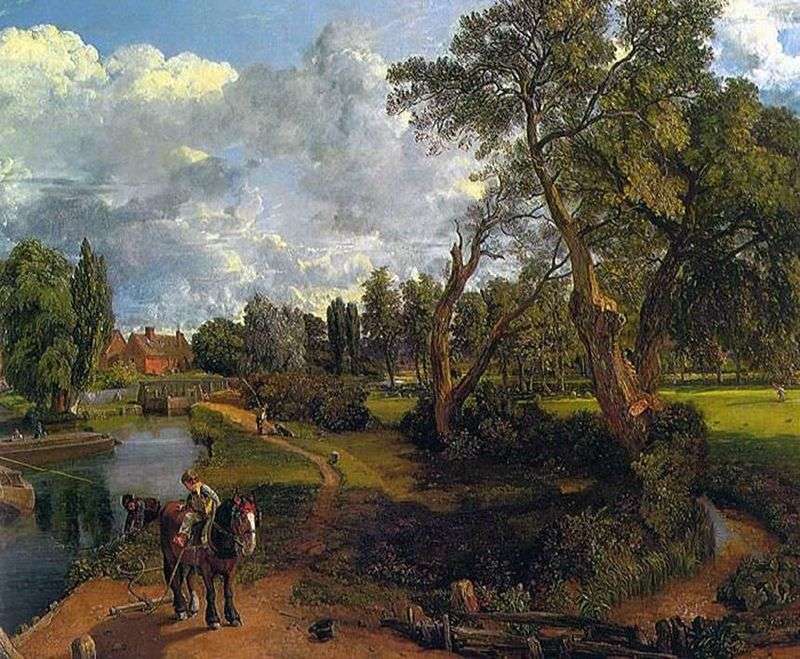 In one of his letters Constable admits that carefree adolescence is associated, first of all, with the Stour River, that it is thanks to her that he became an artist. In this landscape, Constable artfully expressed this his children’s association. In the foreground, the artist placed the eye-catching figure of a boy sitting on a horse.

In the picture there is a rare calm. Almost Arcadian serenity of being, accessible to everyone. Such a comprehensive cheerfulness will later become a distinctive feature of the Barbizon and Impressionist, and then, in the art of the late XIX – early XX centuries. strongly deformed, impregnated with the poison “flowers of evil.”