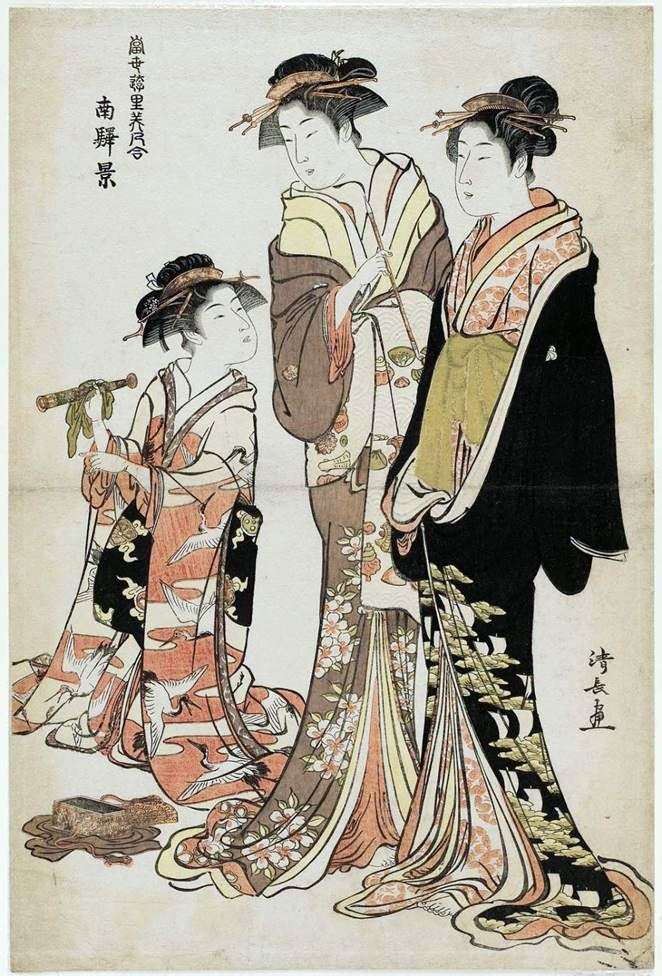 In the 1780s, the leading position was occupied by Kienaga. This he owes the publisher Nishimurai Ehati. The series “Fashion Models: Models New as Spring Foliage”, begun by Nishimurai back in the 1770s and entrusted to Koryu-sai, was interrupted around 1779 due to the fact that Koryusai left an engraving and started painting. The issue was renewed in 1782, when Nishimuraia commissioned the completion of the order to a young and little-known master – Torii Kienaga.

Engravings of this series brought success to the artist. The next series “Competitions of fashionable beauties of cheerful neighborhoods” ensured the glory of one of the best masters of engraving. The depicted scene takes place in Minami – a “cheerful quarter”, located in the southern part of Edo. Attention is drawn to a very interesting detail – a telescope – an object brought into – Japan from Europe by the Portuguese or the Dutch.