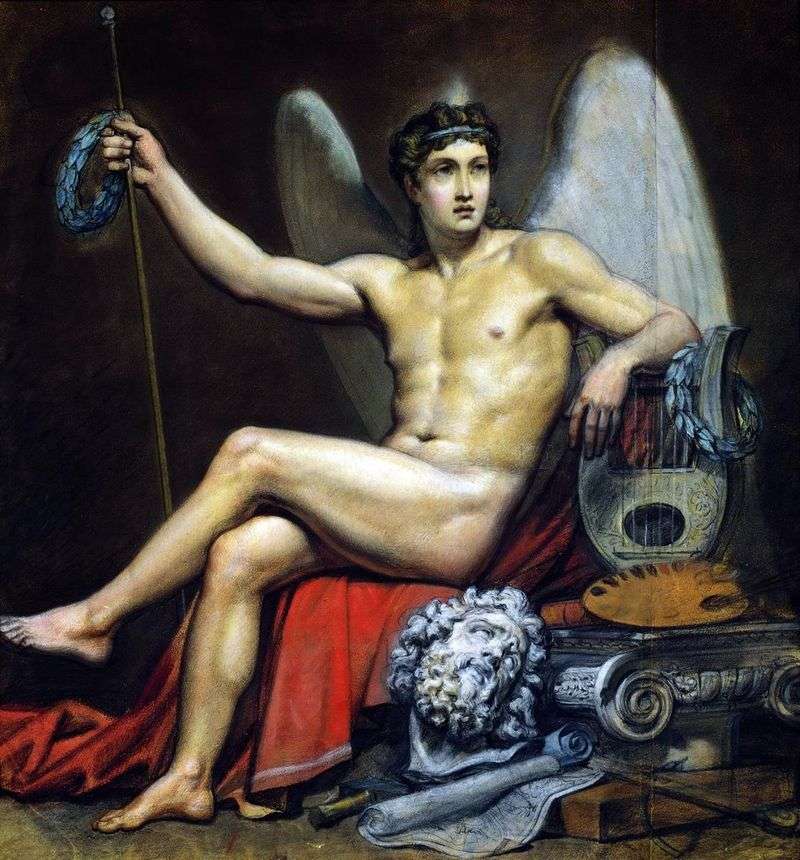 The famous painting “The genius of art,” was the author’s first serious work and became a true masterpiece of Russian painting. Writing the picture took the author more than 3 years, at this time Bryullov still studied at the Imperial Academy of Arts in St. Petersburg. Every detail depicted in the picture contains a deep meaning and emotion, which the brilliant Russian artist wanted to convey to the audience.

It is worth noting that he was only 18 years old when he started this work. As befits a genius, in the painting he is surrounded by characteristic objects, such as: compasses, book,

The head of the sculpture Laocoon gives a canvas of vivid emotionality, which contrasts with the calm, carefree pose of the young man. Thus, Bryullov opposes the whims of genius and the pain of creativity. The bright red drapery adds to the picture the share of antique eroticism and extraordinary vigor.

The ideal rounded forms of a naked and winged youth, speak of his deification, and features, his facelessness. A young man with an excellent body is presented as an immortal mastermind of art. Above the hero’s head, one can see a subtle radiance, symbolizing illumination or muses without which it is impossible to imagine any creativity.

After this picture, the artist created many more masterpieces of world painting and is rightly considered one of the most talented Russian artists, who left behind a not a small cultural heritage.