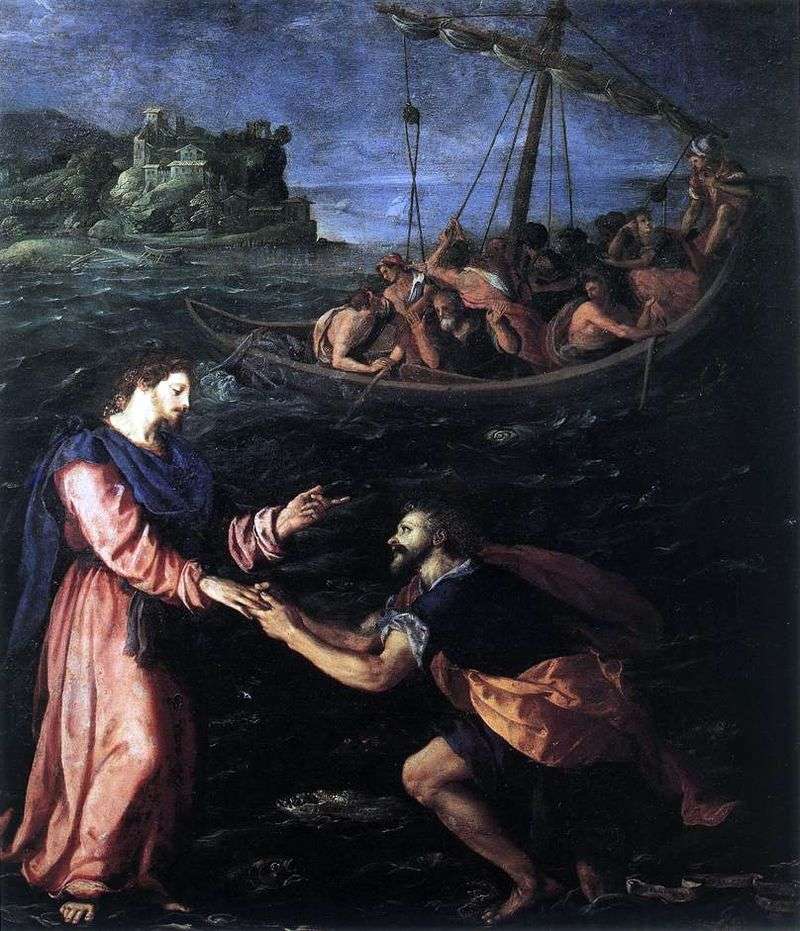 This painting by painter Alessandro Allori was transferred to the Uffizi Museum in 1753 by one of the numerous relatives of the Medici family. The painting has the second name “Miracle of St. Peter”.

The Holy Apostle Peter, one of the most prominent disciples of Jesus Christ, had a tremendous influence on the subsequent fate of Christianity. Belonging to the closest circle of the approximate disciples of Christ, to those three, which the Savior dedicated to the greatest secrets of his life, the Apostle Peter, at the most decisive moment of his Master’s life, renounced him. Although a few days before, he swore that he was ready to lay down his life for Christ. But after that he inconsolably and sincerely repented and was able to earn forgiveness from the infinite mercy of the risen Christ.

After the Resurrection, Saint Peter becomes one of the main leaders of the Christian society and selflessly works with the aim of spreading him from Babylon to Rome, where he is martyred.

In the Christian iconography the image of St. Peter is given the type of a gray-haired old man with curly hair and a beard, more or less bald. On the Catholic icons, St. Peter is most often depicted with two keys, which, according to the tradition of the Roman Catholic Church, are presented to him by Jesus Christ; transfer of these keys, serving as a symbol of the authority of the church to knit and resolve sins, portrayed Perugino in a fresco in the Sistine Chapel and Raphael on one of his cardboards.

The miracle of the procession of St. Peter by sea is the content of the mosaic of Giotto in the porch of St. Peter’s in Rome. The conclusion and release of the apostle Peter from the dungeon, depicted Raphael on the Vatican stanzas, the crucifixion of St. Peter wrote Caravaggio, Guido Reni, Rubens on the altar image of the Cologne Cathedral of the Holy Apostles. Superbly the face of St. Peter is depicted by Albrecht Durer in the painting “Four Apostles” and Palma the Elder.