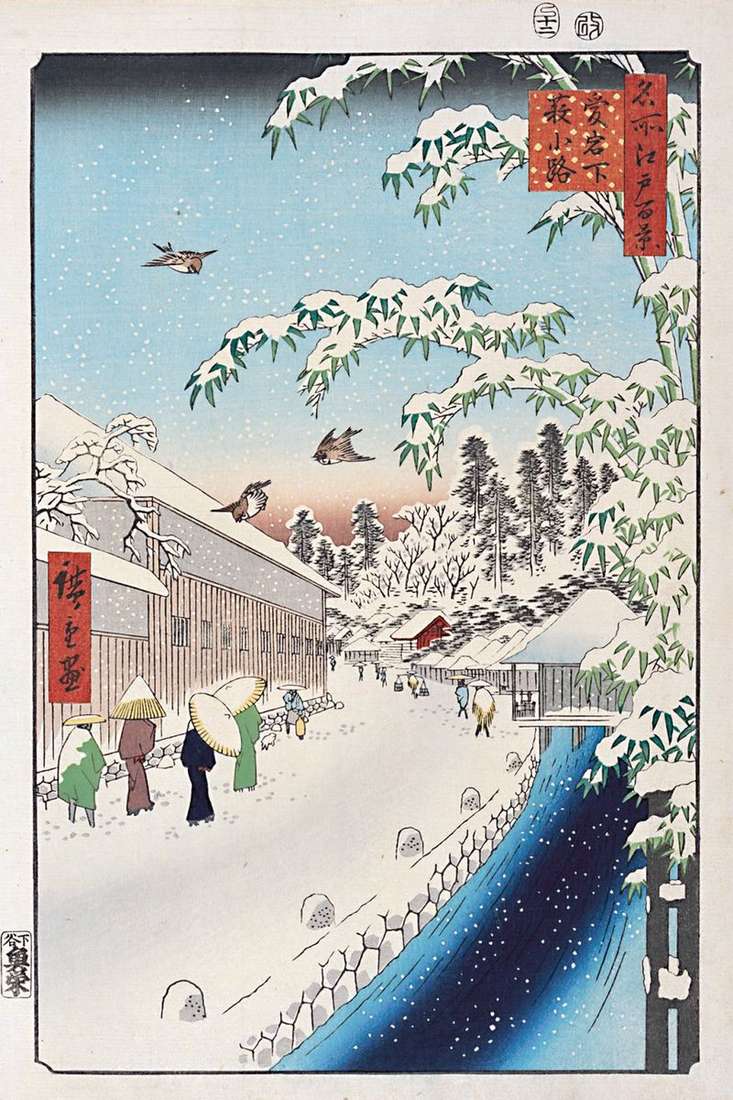 The area in the Minato area near the mountain of Atagoyama was one of the most aristocratic districts of Edo, where the daimyo mansions and houses of noble samurais were located. At the top of Mount Atagoyama, it is in the engraving on the right, there was a Shinto shrine of Atagodzinja, it itself is not visible, but the red gate on the right in the background, mark the beginning of the road to the shrine.

The Sakuragawa channel is visible in the lower right corner of the sheet. At the very edge to the right is a hedge of bamboo, a daimyo mansion by Kato Ettyo-no Kami. Further, upstream of the canal, you

can see the security box of this mansion, standing on a platform, thrown across the Sakuragawa canal.

The road in the center of the engraving leads to the gates of Toranomon. A view of it opens from the street Yabukoji, which remains behind the spectator. To the left of it stretches a high fence of the Hijikata mansion, which belongs to the governor of the Ise Prefecture, Daimyo Comono Bittu-no Kami. This leaf is recognized as one of the best winter species of Edo in the series. The early and late versions of the printing are almost identical, except for the color of the square cartouche, slightly highlighted in the center by the expensive and darker color of the blue strip passing along the middle of the channel.