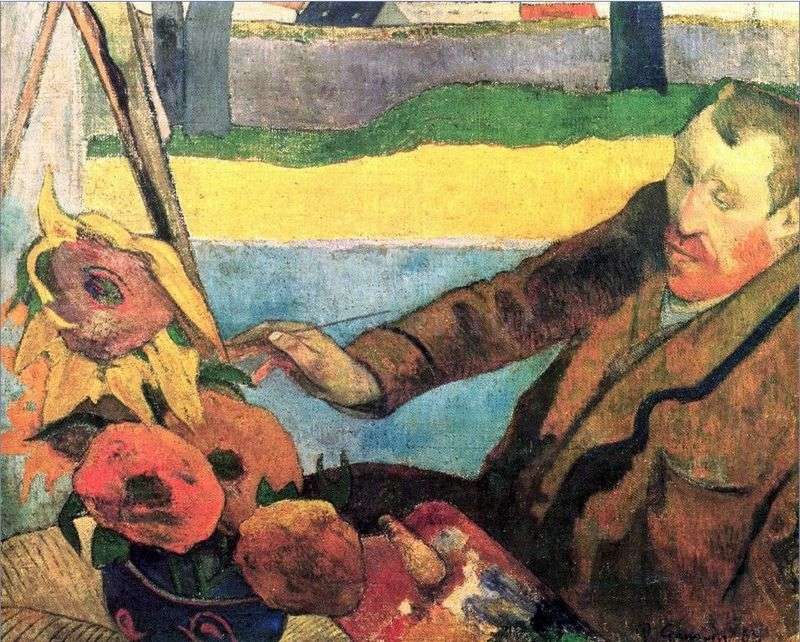 The friendship between Van Gogh and Gauguin was fraught with quarrels and ended when Van Gogh famously cut off his left ear. Since then they never met again, however, they continued to correspond.

An analysis of the relationship between them is of interest to cultural scientists and researchers. This portrait depicts Gog’s work on a well-known series of paintings dedicated to sunflowers.