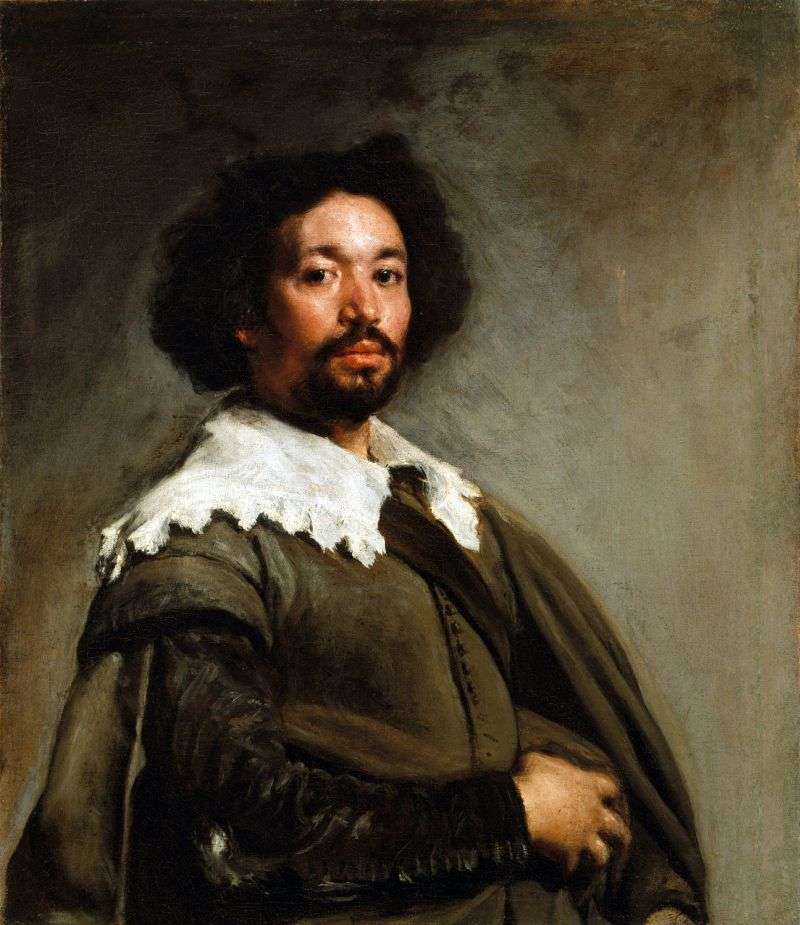 Creation Diego Velazquez is the pinnacle of Spanish painting of the XVII century. He was a court painter of King Philip IV. The master created the presented portrait of his disciple Juan de Pareja, the Moor of Seville, during a trip to Italy. The picture is sustained in a monochrome gamut – gray, brown and black colors, animated only by the white collar of the apparel and the warm tones of the face and hands.

Therefore, so attracted the attention of the young artist’s face with lively black eyes, in which you can see the inquisitiveness and intelligence subtly noticed by the painter. But Velasquez did not just create a psychological portrait, which many in his work a lot, he portrayed here a man who was mentally close to himself – as a talented student and colleague in the craft.

Juan de Pareja instinctively leaned back, it seems as if he carefully and at the same time slightly removed, like any artist, glances at the model. In his eyes the understanding of people and their lives is read. The image of the beginning painter echoes the self-portrait of the mature Velasquez in his famous painting “Meninas”, which is kept in Madrid, in the Prado Museum.