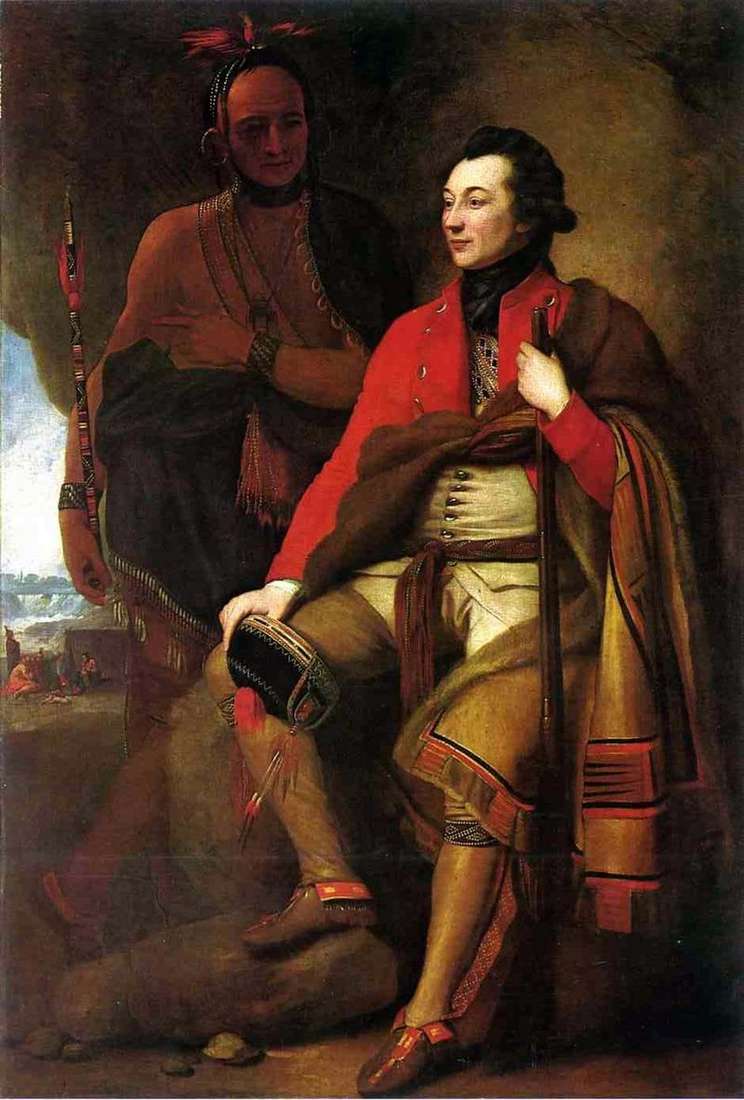 American painting of the XVIII century was strongly influenced by British art, many artists were not familiar with European painting, until they embarked on a journey to Europe. Bedjamin West was the first American master to go to the Old World. He settled in London, where he became one of the most illustrious English painters.

By order of King George III, West has painted many great historical paintings and portraits. One of the most interesting is “The Portrait of Colonel Guy Johnson,” the British Commissioner for Indian Affairs in the American colonies. Next to him, West portrayed the Aboriginal

Figure with a “peace tube” in his hand, unlike the Englishman holding a gun. In the background, you can see an idyllic scene from Indian life against the background of a large waterfall, perhaps Niagara.

The identity of the native is unknown, most likely, it is a collective image of a “noble savage.” In the picture, the colonel’s figure stands out with light, the Indian is not immediately visible, he is hidden in the shade. Thus, the painter contrasts the civilization illuminated by reason and the culture that is in the darkness of ignorance.