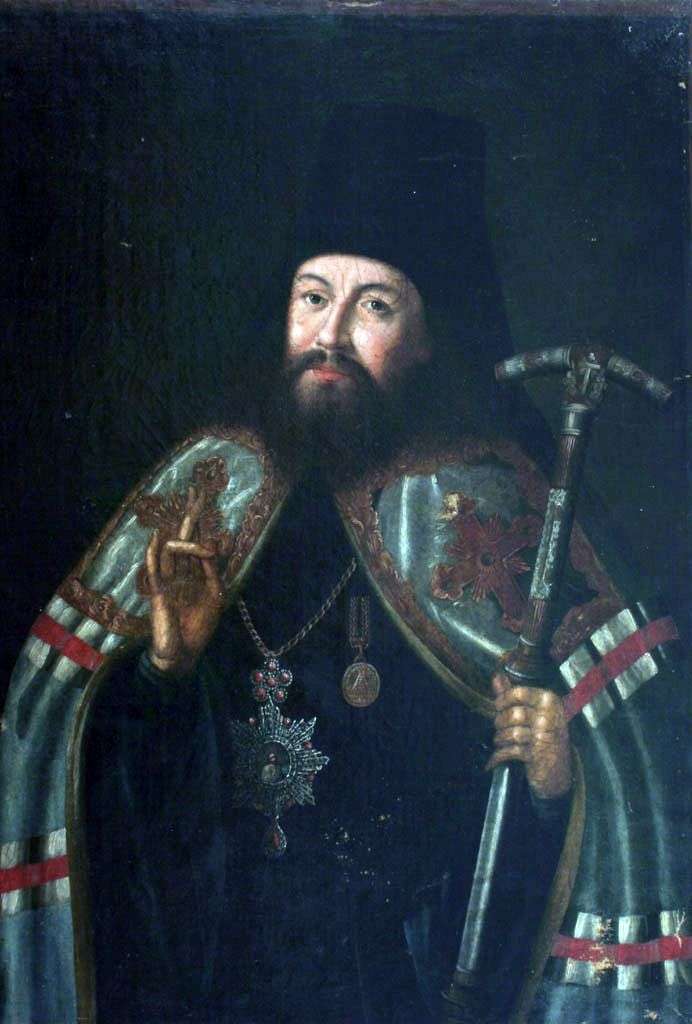 Metropolitan Gabriel was born May 18, 1730 in Moscow in the family of the Synodal subdeacon, who later became a priest. In 1753, P. Petrov graduated from the Moscow Slavic-Greek-Latin Spiritual Academy, then in 1754 he was appointed a printer of the Moscow Synodal Printing House, in 1757 – a teacher of the Slavic-Greek-Latin Spiritual Academy, in 1758, teacher of rhetoric of the Lavra Troitskoy Theological Seminary. June 28, 1758 PP Petrov became a monk Gabriel and soon – hierodeacon and hieromonk. In the autumn of 1758, Hieromonk Gabriel was elevated to the rank of archimandrite and appointed rector of the Holy Trinity Seminary and governor of the Trinity-St. Sergius Lavra.