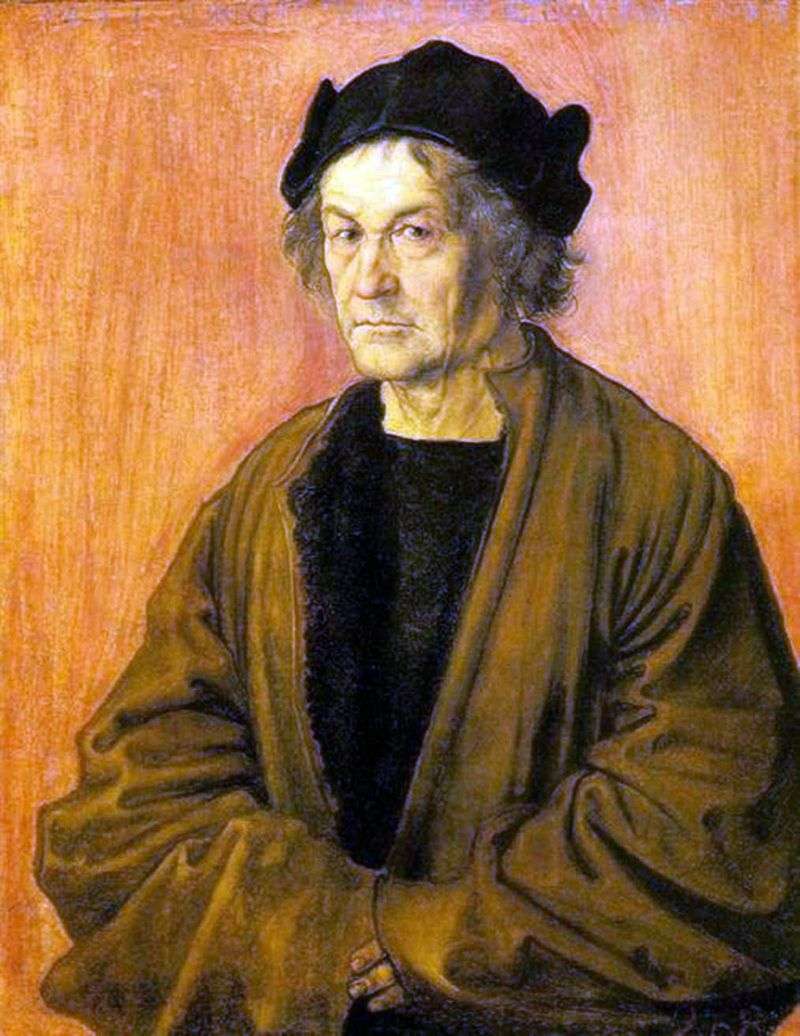 Father Durer, a Hungarian by birth, was a jeweler. The artist repeatedly wrote it.

The presented work was signed as follows: “1497. Albrecht Durer Senior at the age of 70 years”. There are several versions of the portrait. Although the head of the model is written out carefully, the picture was not finished. In this portrait, my father, of course, looks older than on the above-mentioned early canvas, his lips are thinner, his features are sharper, his gaze is more perceptive. In a word, he grew old, and the artist unequivocally states this. Five years later, my father passed away.

The following year, after the creation of this portrait, Dürer wrote a self-portrait, now kept in the Prado Museum in Madrid. It is possible that the two works were hanging in one room in the artist’s house or even were conceived as paired: they are the same size and semi-figured. Despite the different models in clothes, portraits are harmoniously combined.

In 1636 the heads of the city of Nuremberg, both canvases were presented to the Duke of Arundel to be donated to the English King Charles I. In 1650, Cromwell sold the paintings. “Portrait of the Father” remained in England, and later, in 1904, he acquired the National Gallery.