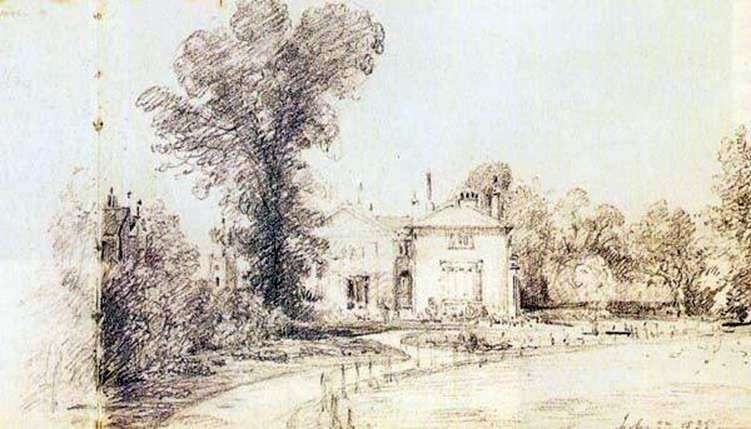 The Victoria and Albert Museum houses three albums with Constable sketches, dating from 1813, 1814 and 1835. They allow you to look at the “creative kitchen” of the artist and, thus, better understand his method. In the sketch albums, the master recorded all the interesting things that caught his eye.

Once he wrote to Maria, then to his fiancé: “You once told me about the diary.” Last summer, I started my diary, but instead of words I depict what is happening to me in it. You will see there the paths along which I wandered, trees, grasses, fences and species that came across my path. ” We reproduce two sketches with the houses surrounded by parks; they are taken from Constable’s “diaries”.

Some of the sketches were done by the master “for the soul”, simply because he could not resist the tree or stream that came to his eyes, and some – “functionally”, working on the composition of this or that picture. Other sketches for several years lay in the artist’s archive and only then they were embodied on canvas. And some have remained forever drawings.