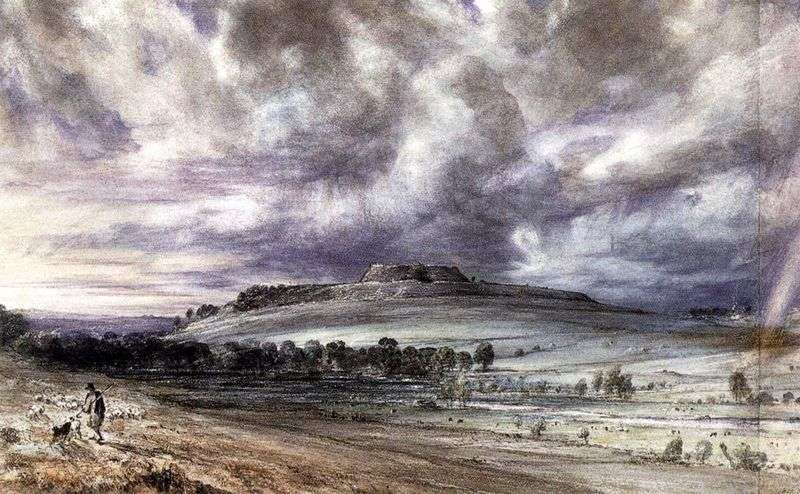 Constable very seriously experienced the death of his wife Mary. His paintings at this time became gloomy, morose – to match the inner state of the artist. But after a while sorrow was replaced by a quiet and bright sadness. More and more, his work resembled elegy. Such, for example, is the “Obelisk”, a sketch for which was made back in 1823.

Leitmotif creativity of the late Constable – the transience of life. “Old Sarum”, written in this period, is not gloomy, but it is sad. The entire surrounding landscape is sad, a sad sight of the ruins that were once a living city. Constable wrote about this place: “The modern condition of Old Sarum – deserted, overgrown ruins – contrasts sharply with the former grandeur of this large fortified city surrounded by fortress towers.” Now there is only an empty space on which herds of sheep are grazing. “