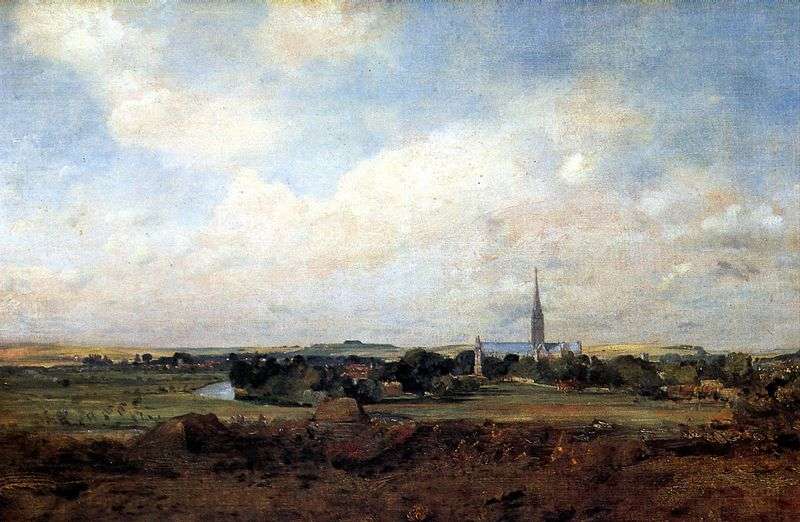 English painter John Constable – one of the largest landscape painters of the XIX century. He was born in the East Berg Hall in the miller’s family, he received his first painting lessons from a local artist, later studied in London at the Royal Academy of Arts, but as a landscape painter himself.

The artist’s works were first appreciated at the Salon of 1824 in Paris. Constable’s creative discoveries, especially in the field of plein air, did not receive recognition in the artist’s homeland, but had a significant impact on European art and the formation of the Barbizon school.

Constable first rejected the conventions adopted in landscape painting of the XVIII century, and the first among Europeans was to completely paint landscapes from nature. In his paintings, filled with a bold, energetic brushstroke, the naturalness of nature, the dynamics of colors, the variability of the light and air environment were recreated.

The painting “View of Salisbury” was written at the time when the artist created his most famous works. Constable devoted a number of works to Salisbury: here he came to visit the sick friend of the archdeacon, who owns an amusing aphorism: “In painting, no good thing can be done twice.” Other famous works: “Brighton beach and coal”. 1824. Victoria and Albert Museum, London; “The cart for hay.” 1821. National Gallery, London.