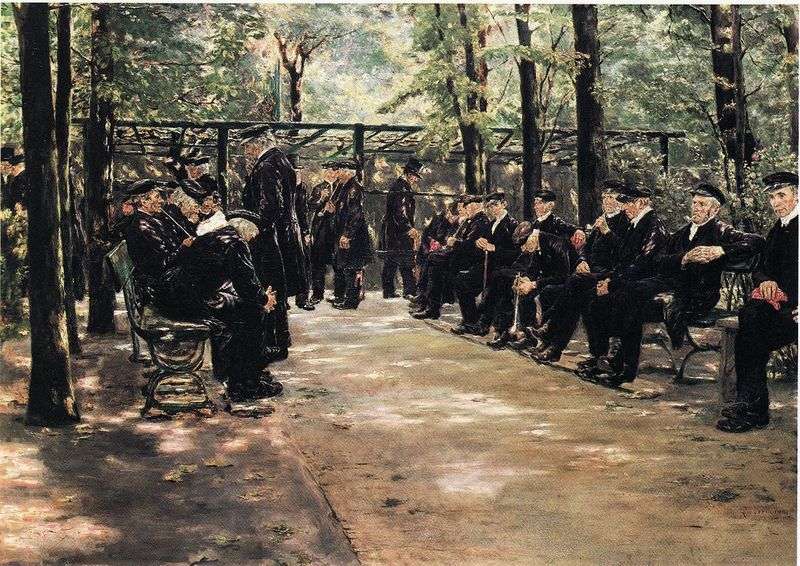 In the summer of 1880, Lieberman stayed in the Dutch village of Dongen, where he sketched for the Shoe Shop. Having finished work, before going back to Munich, the artist decided to stop in Amsterdam once more and accidentally glanced into the garden of a Catholic nursing home.

Older men in black suits, lit by bright sunshine, sitting on the benches seemed terribly lonely and abandoned. What he saw struck the artist to the depths of his soul and gave impetus to the writing of the painting, which became fateful for his work. Lieberman compared his state with a spring, which suddenly throws up, if you suddenly

step on it on a completely flat road.

The finished canvas was exhibited in 1880 in the Paris Salon, and Lieberman became the first German artist whose talent was highly appreciated by the French public. In this picture, he first depicted the light effect, which gives the sun’s rays, penetrating through the canopy of trees. This technique subsequently received a special name – Lieberman sunspots.