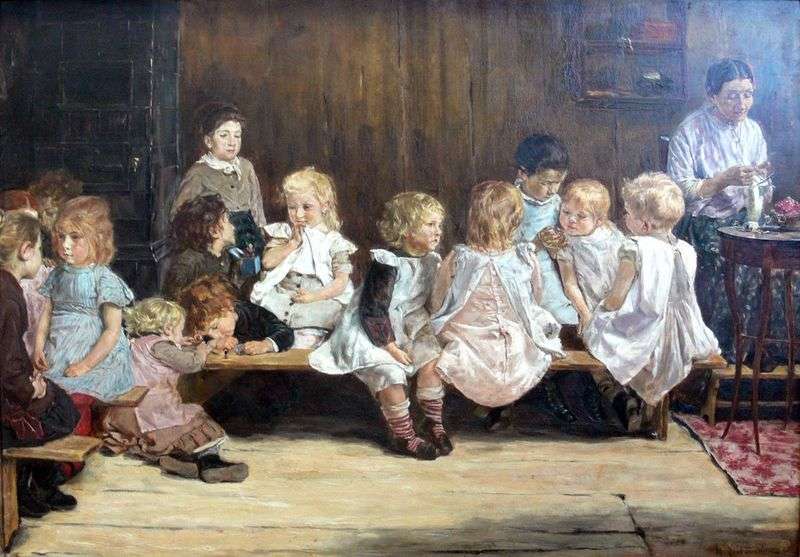 Encouraged by the success of the “Nursing Home in Amsterdam”, Lieberman decided to return to the previously made sketches and write a picture dedicated to children’s topics. So there was another work – “Kindergarten in Amsterdam.”

Although Lieberman used his favorite gray-brown palette, the canvas as a whole makes a gentle and touching impression. Dark and gloomy tones are diluted with smears of pink and reddish paint playing on the cheeks and clothes of small pupils.

Emphasis is placed on the characters: the stream of sunlight escaping from the window emphasizes

the tenderness and touchingness of the little ones. Contrary to his ascetic manner, the artist with the utmost care draws children’s faces, golden curls of curls, laid-back stockings and folds on dresses. On the right side of the canvas, the older girl entertains golden-haired kids with a game with threads on her wrists.

The French press took the work with delight. Lieberman was undoubtedly recognized as an impressionist artist. The collector Ernest Hoschede with undisguised admiration wrote to his friend Edward Mane that if he was able to uncover the plein air secrets, then Lieberman miraculously managed to comprehend the transfer of the subtle play of light indoors.