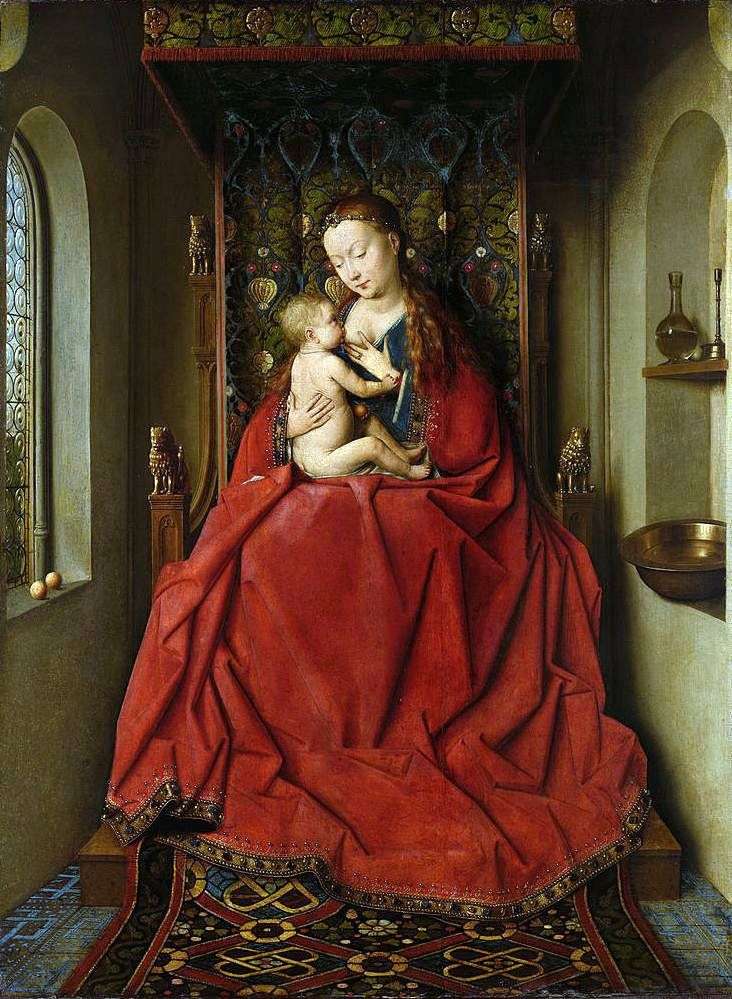 The painting “Lucca Madonna” or otherwise “Maria nursing” written by artist Jan van Eyck around 1430. The fundamental role of the idea of the beauty of the universe as the main core of the work of Jan van Eyck can also be seen in the principles of the use of color. Color does not carry any psychological functions. He should not express any particular feeling.

Its role is to elevate the real color of the object to a certain higher degree, in which the participation of this object in the universal beauty of the universe becomes apparent. The multicolored radiance of the glass, the glitter of the metal, the deep velvets of the velvet and the enamel shine of the heavens, more than anything else, convey the beauty to which the world, the unusual, the jewel of any particular and the whole universe are filled.

To this end, the authors of the Ghent altar, Jan and Hubert van Eyck, with such attention developed a system of reflexes, achieved a remarkably sonorous and at the same time soft, consonant sounds of different colors. To this end, they invented a new painting technique, which preceded the modern technique of oil painting.