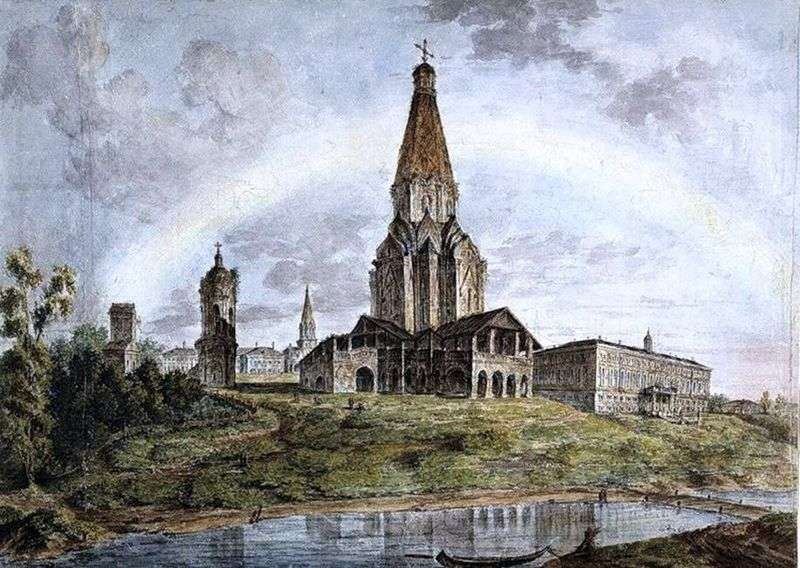 Fedor Alekseev is a well-known painter of the 19th century, who has reached great heights in the landscape and leads – the image of everyday life. The most famous of his works are “Red Square in Moscow”, “Orphanage in Moscow”, “Interior view of a house with a garden., Loggia in Venice.”

On the canvas of Fedor Alexeyev “Kolomenskoye” is depicted a village near Moscow, formerly a royal residence. Kolomenskoye is famous for its rich history. By order of Basil III there was built a church of the Resurrection, widely known outside the village. In 1825 the Catherine Palace was built in the village. It was this part of the village that Fyodor Alekseev decided to capture on his canvas.

In the foreground, the artist painted a fast river with a wooden bridge crossing it. The tied boat, swaying on the waves, seems very fragile.

The painting depicts late spring or early summer. The hill on the right is brightly green with young grass.

Because of the copse, the Ascension Church and the Catherine Palace are visible. The central element of the background is the huge tower of the Church of the Lord of the Ascension.