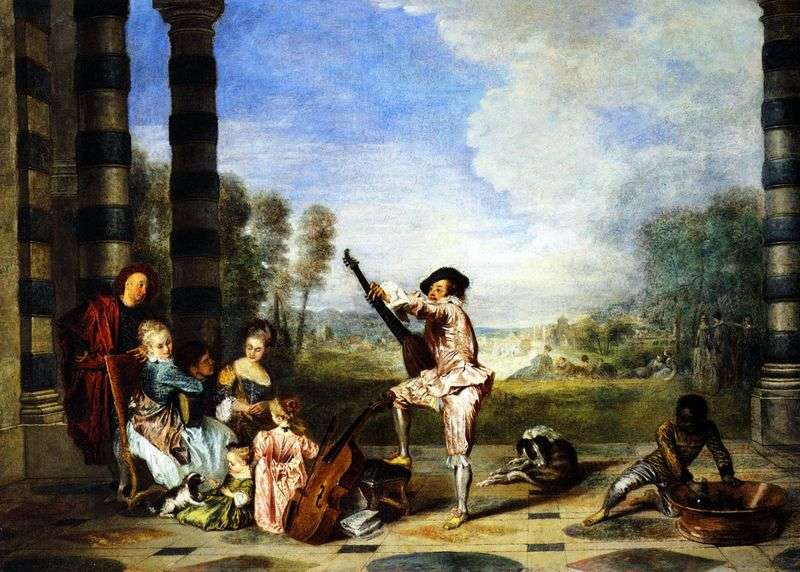 Watteau characters remind not real people who are entertained in the bosom of nature, but theatrical actors who play the play in the background of scenery depicting a park or forest glade. However, they are not even always dressed in “obviously-theatrical” costumes. An example of such a link can serve as a picture of the “Joy of Life”.

Let us note that the famous “Pilgrimage to the island of Kiefer” is a replica of the play with the corresponding plot, seen by the painter in 1709. Quite often appear in the work of Watteau and “not disguised” characters comedy del arte, and yet the viewer always remains a doubt – is it really what he sees in the picture, is just a performance? Even if we look at the painting “Love in the French Theater,” we do not know how to relate to what is happening.

Probably, we should leave attempts to distinguish Watteau’s paintings from those that are “from life”, and those that are “from the theater,” since neither of these, nor others in pure form, we will not find. In theatrical pictures there is always a hint of authenticity, the reality of what is happening, and in “life” there is a masquerade overtones. Perhaps, it was this duality that Mil Watteau aesthetes of the Russian Silver Age?