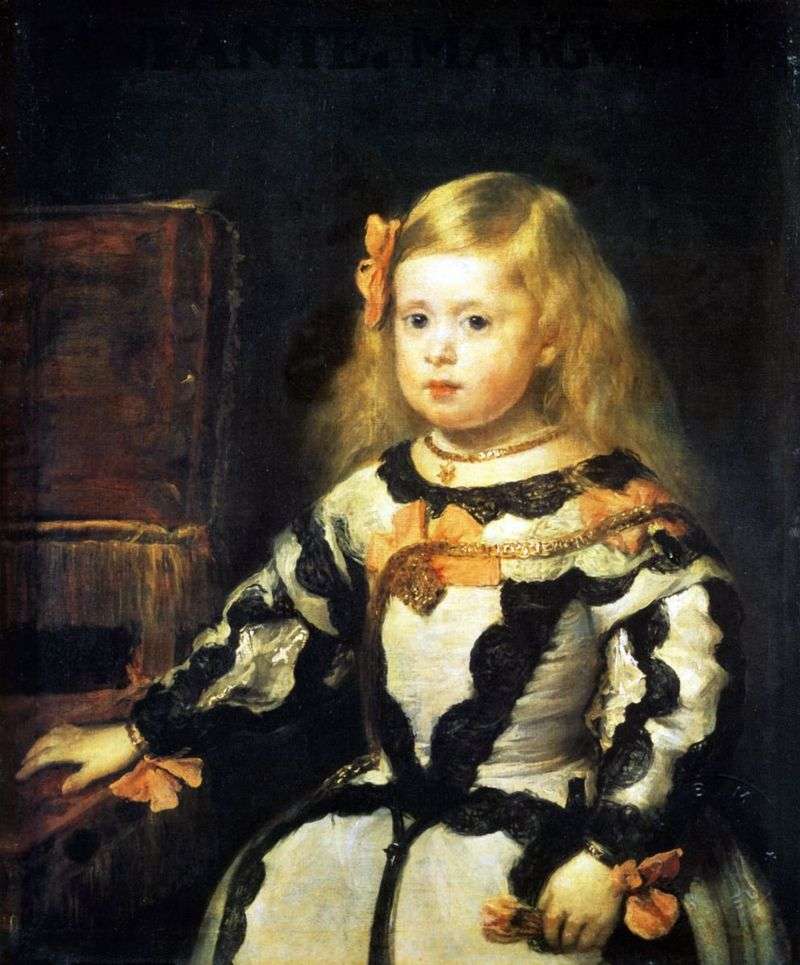 Creativity Velasquez, one of the largest masters of the XVII century., Entered the treasury of world art. Velazquez was born in a wealthy noble family in Seville, where he studied painting from F. Errera the Elder and F. Pacek. In 1617, the artist received the title of master, and in 1623 moved to Madrid, where he was appointed court painter and was given the exclusive right to paint portraits of the king.

His duties included decorating palaces, organizing celebrations, receptions, replenishment of the royal assembly with works of art. Almost all the time the painter left to fulfill the will of the king – King Philip IV.

However, this did not prevent Velazquez from surpassing his contemporaries not only in terms of artistic level, but also in the courage and novelty of the embodiment of his ideas in painting. He created original ceremonial portraits, historical and mythological pictures, works of everyday genre.

Portrait of the infanta Maria Margarita was created in the period of the highest creative achievements of the master. Velazquez one of the first in Spanish art turned to images and scenes from the people’s life. The best works of this theme are paintings “Breakfast”; “The Water-carrier”.