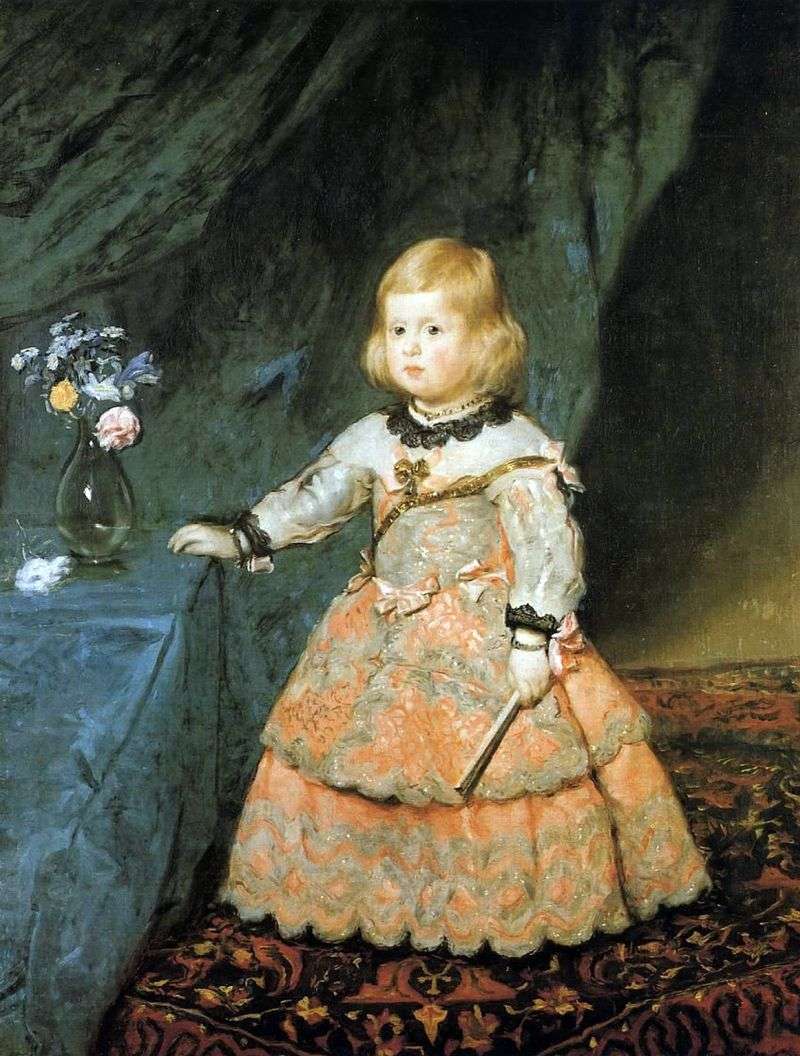 Philip IV married twice. The first time it happened in 1615, his choice was then the French princess Isabella of Bourbon. In 1649, the royal choice fell on his niece, a very young Marianne of Austria. From the first marriage, the king had two children; from the second – five.

In addition, the loving monarch has at least 30 illegitimate offspring. Velazquez wrote several portraits of the children of Philip GU from his first marriage – Belshazzar Carlos, who died in 1646 sixteen, and Maria Theresa. Several times Velasquez wrote the King’s children from his second marriage – Margarita, born in 1651, and her younger brother, Philip Prosper, who was born in 1657. Children’s portraits created by the artist are amazing in their mood and colors).