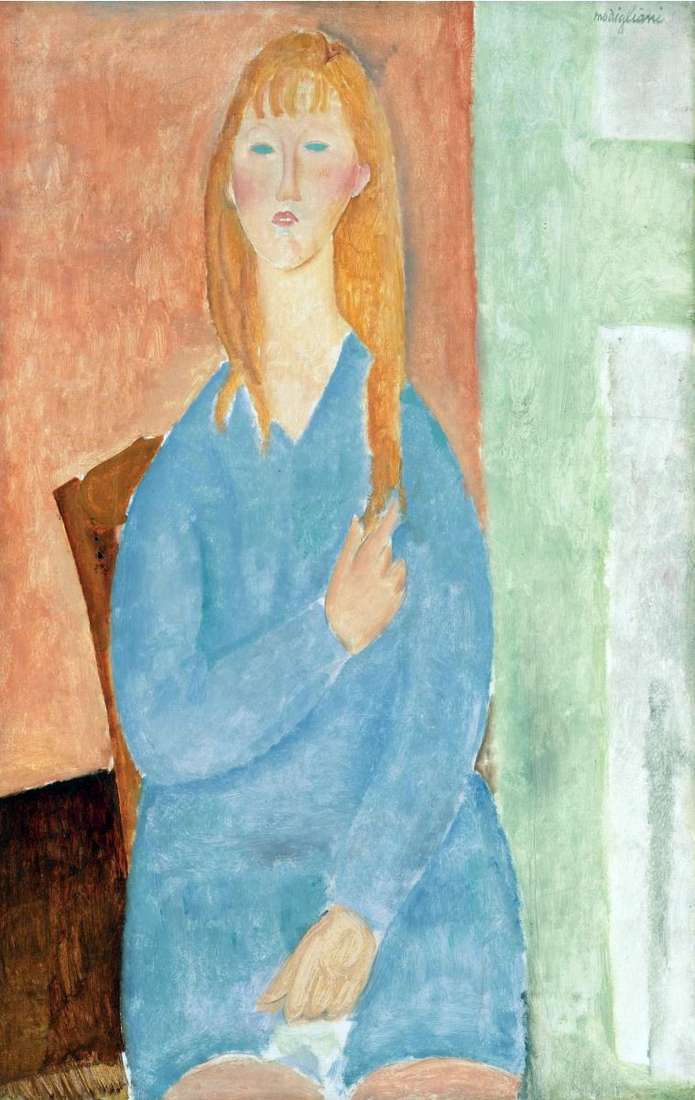 For the year spent in the south of France, Modigliani created several children’s images. It is believed that the artist began to write children, because he himself became a father, but the reason could be that here, in the province, Modigliani was left without paid models, and he had to look for new subjects for his paintings.

In some of his “children’s” works, Modigliani pays more attention to color and shape than to character; at the same time, among them there are precisely prescribed images. As an example, we reproduce his paintings “A Girl in a Blue Dress” and “A Boy in Short Pants”.