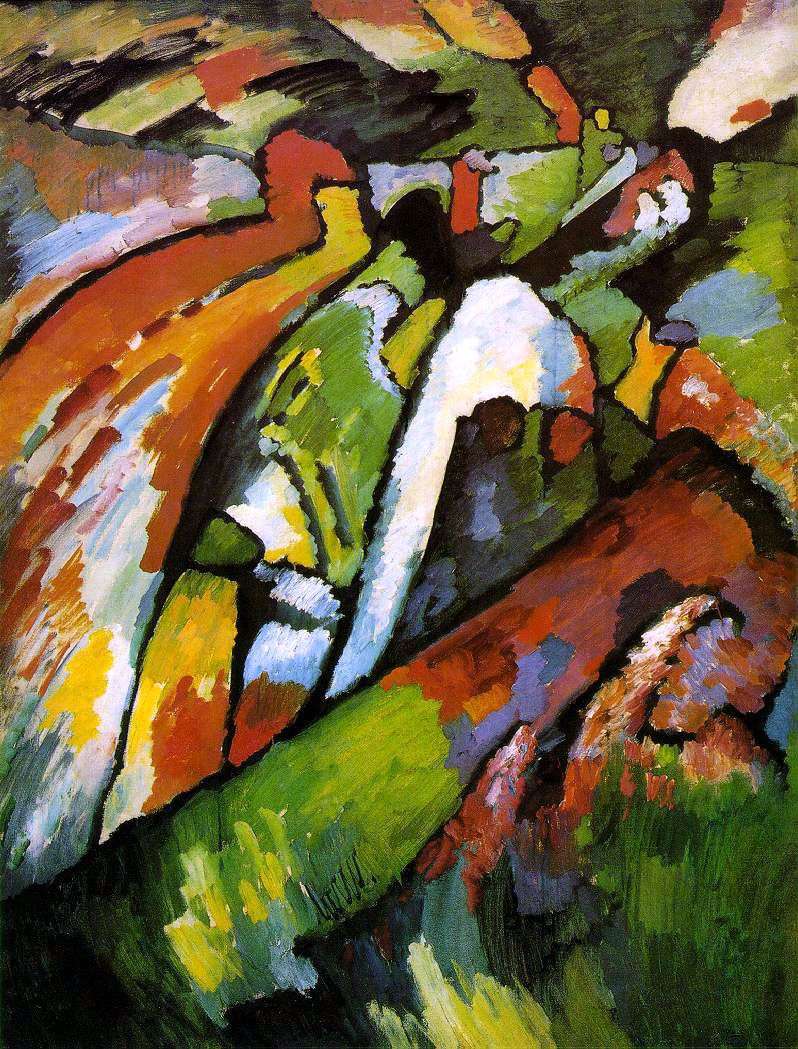 Having abandoned figurative, objective painting, Vasily Kandinsky sought new forms for his new art. These innovative forms were compositions and improvisations, which, not having a clearly expressed plot program, carried a thought in color and form, that is, they were a narrative in themselves.

Improvisation No. 7, which appeared in 1910, is written in multi-layered complex technique of writing, inherent in all the works of the author of this period, taking into account all the laws of color combination that Kandinsky himself deduced. There are a lot of green, black and red-orange. The interpretation of colors,

according to the theoretical works of the artist, is as follows:

Green is indifference, not arousing feelings, calm; black – the end point, the ending, which is akin to the extinction of the Sun or the end of the world; white – silence and silence; red is power.

What is the meaning of the combination of all these colors? Kandinsky offered to answer this question to everyone on their own, because art, in general, is absolutely subjective and intimate, so to speak. The author repeatedly stressed that colors should only attract the attention of the viewer, giving him the opportunity of independent creation.