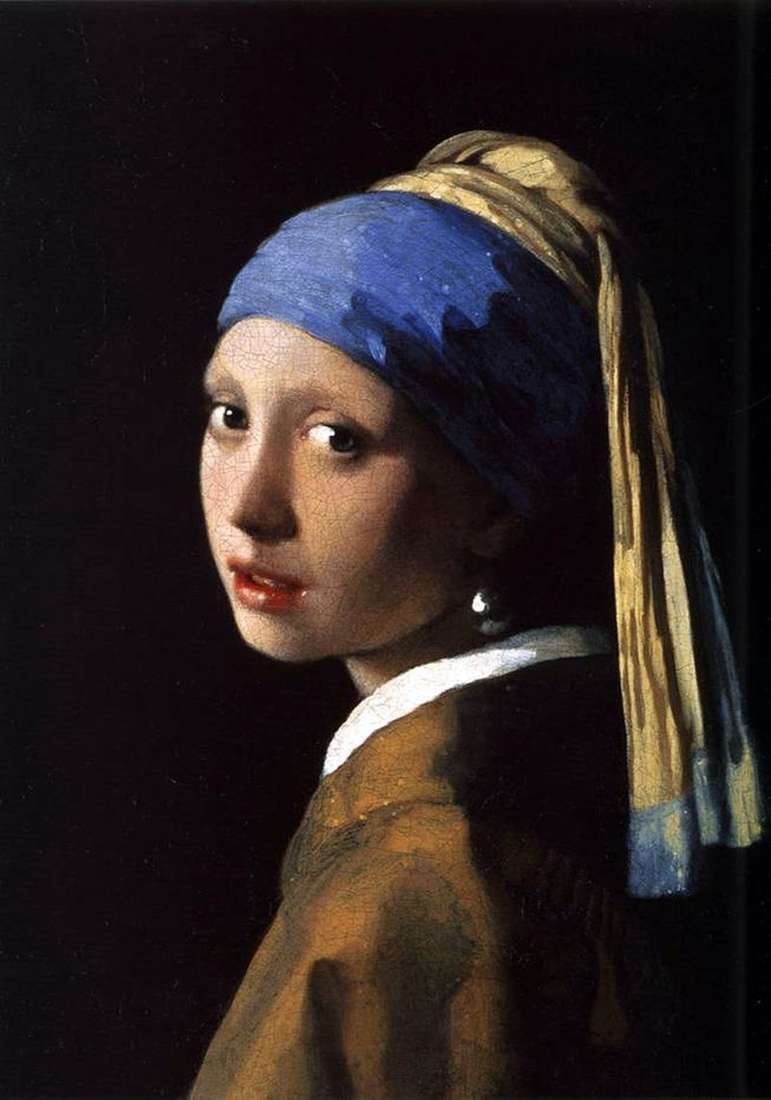 “Girl with a Pearl Earring”. Her written several hundred years ago, in 1665, called the Dutch Mona Lisa. She, who was one of the most mysterious picture of the world, do not cease to admire. It is, oddly enough, is considered a classic canon tronie portrait. She is a real anthem timid youth, and will not tell about who wrote the great Vermeer. While on this subject in writers, filmmakers and biographies of the artists have their own opinion.

Released in 2003, a film by Peter Webber’s “Girl with a Pearl Earring” gave quite a clear picture about the life of a Dutch town in the days of Vermeer. And if you do not pay attention to the shape of Scarlett Johansson, the audience knew what was previously known about the fate of one of the most famous Dutch artists. The dramatic story of a girl Grit and creating the most famous masterpiece attracted many spectators.

The film, shot by art historian, I love art – what could be better? Perhaps the story: it is – the maid, and he – known in his time, the artist Jan Vermeer van Delft. He would write her portrait, and she felt a sense of incipient and timid love. at least, the reel of film is only partially answers the riddle of who is still depicted in the painting “Girl with a Pearl Earring.” Thus, the version of Webber says that the maid, wearing pearl earrings wife wizard poses to him.

The same story of the painting offers and author Tracy Chevalier. Her novel tells about the history of the portrait, which is closely intertwined with love that could appear. Chevalier tells the story of how he wrote his paintings Vermeer, he measured the space and time, as was able to talk with colors and brush. The writer described her heroine Grit, gave her artistic talent, the ability to rub the paint and thin to feel the mood change their masters. The maid, received a gift from the deceased master of pearl earrings and his wife immortal fame as a splendid picture, initially called “Woman in a turban.”

Historians and biographers put forward as many as three versions. Some say that Vermeer wrote mistress. But some researchers have refuted this version and notice that his wife loved artist. Proof of this – 15 children at a time when contraception was something already known.

The second version says that the portrait of Vermeer’s daughter Maria. But at the time the girl was 12 years old, and painted it begins to mature girl. Some historians speculate that it was a portrait of his daughter Ryuyvena patron, but no documents to prove it is not.

And finally, the third version – the artist’s wife, who was fabulously beautiful. It repeatedly posed to her husband, she could well be the “Girl with a Pearl Earring”, but not in nearly 40 years.

The girl turned her head slightly, as if she saw someone would have seemed normal, if not a Pearl Earring. It attracts attention to the half-open mouth, fragile neck and eyes. And, surprisingly, quite atypical for a portrait of the artist, who wrote a group of people in the premises, paying attention to the details of the interior. And when you consider that the creation of light and shade and stunning colors the artist used the camera obscura, the “Girl with a Pearl Earring” is even more mysterious.

Author terrific way manages to convey the connection between the model and the artist portrays her. The girl’s body seemed to live an independent life, the rational and the head is turned in another direction. This kind of stress, but it is unhurried. The picture has its own unique dynamics. Lady surrounded by dark space, and with the two sides. The size of two different dark triangle, but with lighter shades of clothes and face, as well as a blue turban, they create a unique energy pattern.

And it may have been centuries after Vermeer created his masterpiece, many tormented by the question of why a girl is wearing a turban and dress is not the fashion, why in the ear in her tears-pearl and where directed her gaze.

If we talk about the turban, the Vermeer often uses such decorative elements. But this hat is not common, if only because it consists of two parts. The band ultramarine hue emphasizes the shape of the skull, and the fabric resembles citric veil and is a kind of anchor for the viewer.

Against the backdrop of an amazing dress turban stands of yellow-sallow, characteristic of many works of Vermeer. The youth, innocence and purity of the girl emphasizes white collar. However, now he has a light blue – the whole thing in the White Lead, which began from the time of off-white sand.

And that’s what gave the name of the film and that immediately catches the eye. Pearl Earring. It has a teardrop shape, it casts a noble and mysterious pearl luster. The same gleam in the girl’s eyes and on her lips. It is impossible to say whether it was a real pearl, as there is in the nature of this size. But, taking into account the fantasy Vermeer and technology of the 17th century, pearls can not be artificial. It should be noted that the teardrop-shaped earrings artist portrayed and “Woman with a pearl necklace”, and “Woman with a lute” and “Mistress and servant.”

Dark background picture is now introducing many astray. Initially, it was green: the artist first worked with black paint and then covered it with a mixture of shades of indigo and yellow. Time has done its job, and now the audience will never know what would have happened to the girl on a background of indigo, they can only be struck by the contrast of the canvas.

… For more than 300 years this view stirs the heart. The debate over the “Girl with a Pearl Earring” will not go another decade, and its frozen movement and all will remain a symbol of detachment and sensuality at the same time. She is silent and keeps his innermost secret, like the Mona Lisa, but it gives no mystery smile and shining eyes and notorious pearl earrings.