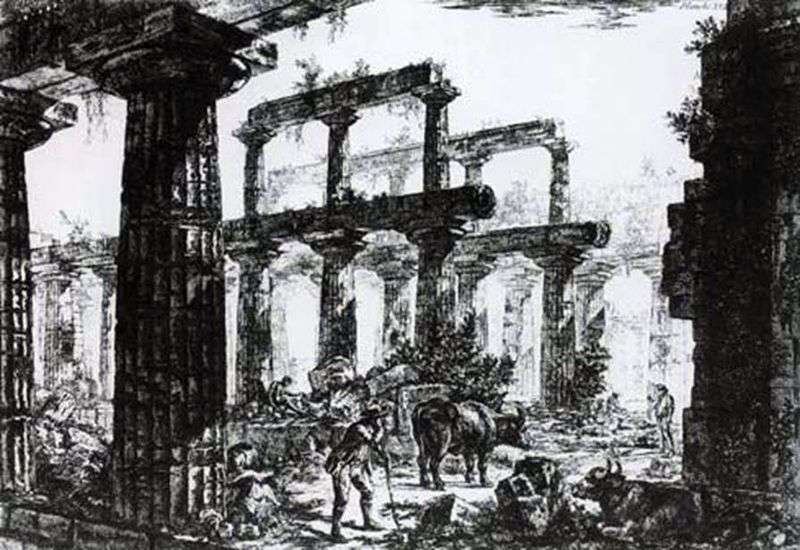 Often the work of Giovanni Piranesi, one of the most famous Italian engravers, is considered as a result of the development of Venetian culture; it combined the tendencies of classicism and romanticism. In 1756, the artist released the series “Roman Antiquities”, which had a significant impact on the formation of the Empire style in France.

The master worked in Rome, Venice, Naples. He created a huge number of engravings that are easily recognizable by the typical Piranesi style: a powerful, rich touch, the ability to create velvety shadows, to show the power of light and the depth of space, by the monumental interpretation of the composition, the grandeur of images.

The real glory of Piranesi brought “architectural fantasies” and “ancient ruins”, which he connected in a series of species, subject to one theme. “The ruins of the temple of Neptune in Paestum” is one of these sheets, in which, in the characteristic manner for Piranesi, a reliable view is combined with fictional details that give the architectural landscape romance.

The works of Piranesi are distinguished by a variety of shading, amazing perfection of engraving craftsmanship, allowing to transmit halftones, lighting effects, including sun glare on the stones, as well as create the illusion of a grandiose space.