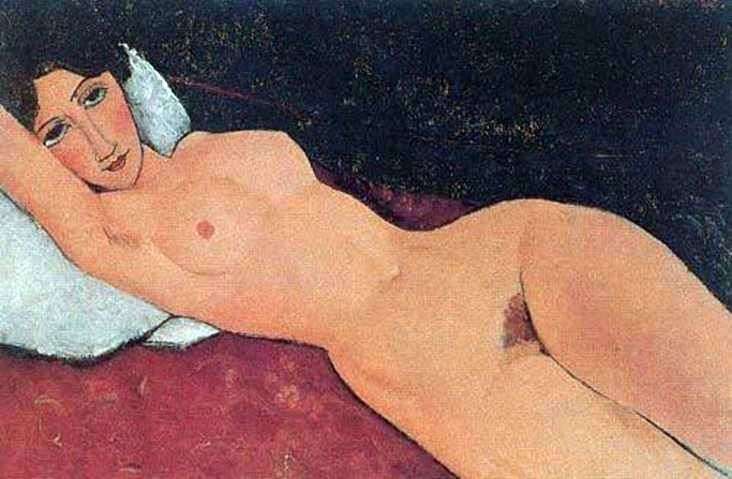 Modigliani was always interested in nudity, but he seriously turned to this topic only in 1916. Gorgeous nudes, written by the artist in the last three or four years of his life, are very different from everything he created earlier.

Female images of the late Modigliani became more sensual and spontaneous, having lost their former sadness and contemplativeness. Working in this genre, the artist rarely resorted to the help of his girlfriends or mistresses – the exception is one nude with Beatrice Hastings as a model and several similar things for which Jeanne Hebeurne posed. Typically, the model artist served as a paid model or casual acquaintances. Modigliani gave preference to lying nude.

He always depicted a woman’s body large, juicy, with his hands thrown over his head or with bent legs. In the days of Modigliani, nude female nature has not yet become a common place in painting. She was worried, even shocked. Especially obscene was considered the image of pubic hair. But creating an erotic atmosphere was not the goal of Modigliani; Of course, it is present on his canvases, but, in addition to this, they are elegant in composition and exquisite in color. They are primarily works of art. As an example, we reproduce the work: “Nude on a white pillow”, “Sitting Nude”.