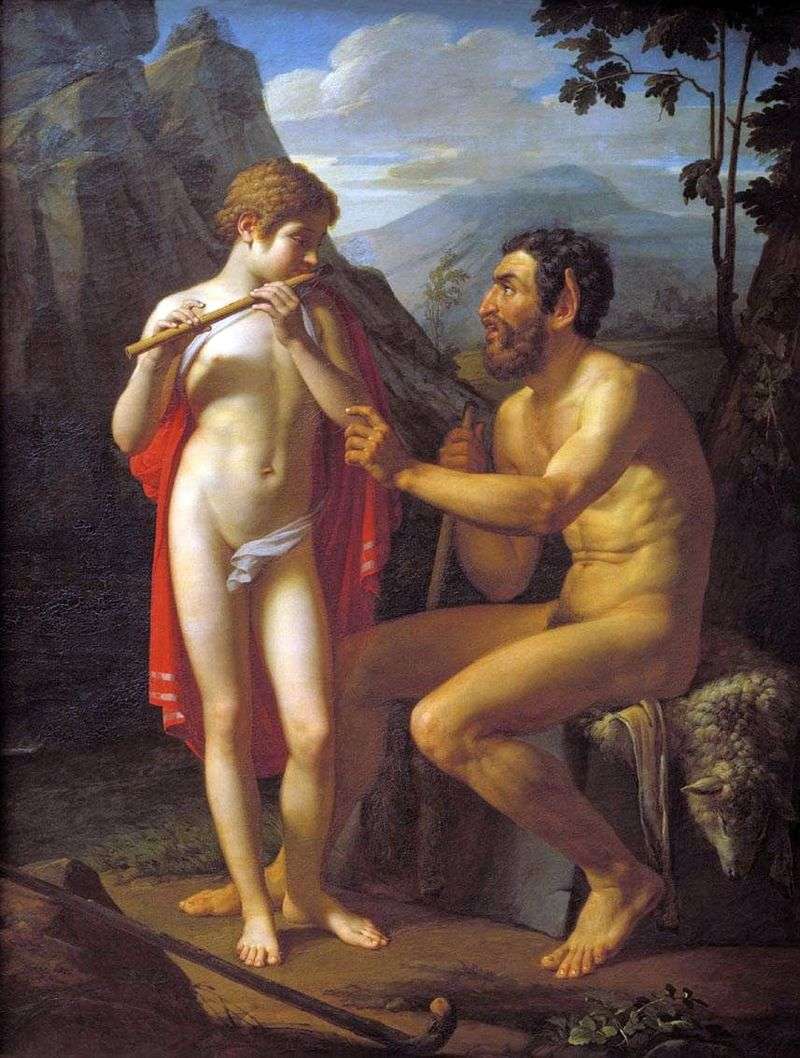 The plot of the painting was suggested to Basin by a fresco with the same name from Herculaneum. Once, wandering through the fields of Phrygia, the faun Martius found a reed flute. She was thrown by the goddess Athena, noticing that playing on the flute her own invented disfigured her divinely beautiful face. Athena cursed her invention, saying that the one who raised this flute would be severely punished.

Not knowing the words of Athena, Marsyius picked up the flute and soon learned how to play it so well that everyone was heard by this unpretentious music. Marsius became proud and called the very patron of the music of Apollo to the contest. Apollo came to the challenge. Marcius could not extract from the flute such marvelous sounds as the ciphers of the leader of the Apollo Muses flew from the golden strings – Apollo won.

Enraged by the impertinent challenge, he ordered the unfortunate Marcia to hang his hands and tear off his skin. So Marsius paid for his courage. His skin was hung in a grotto in Phrygia and later told that she always began to move, as if dancing, when the sounds of the Phrygian reed flute reached the grotto, and remained motionless when the majestic sounds of cithara were heard.