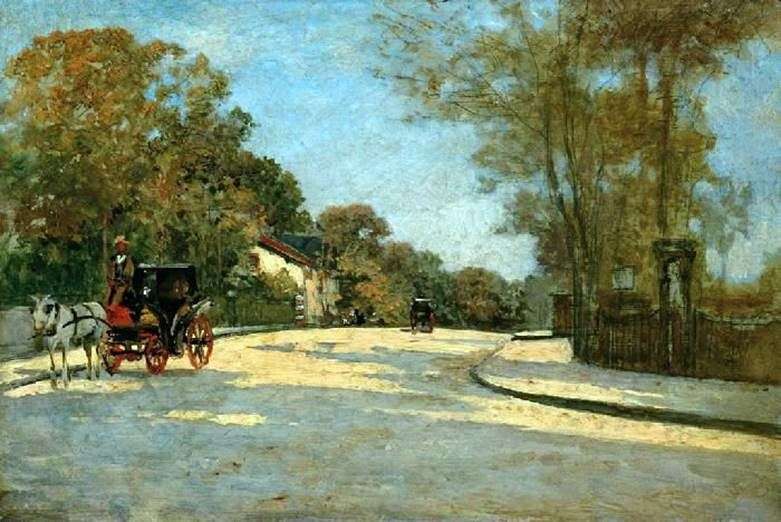 Alexei Petrovich Bogolyubov, at the insistence of physicians who lived in Paris for many years, played an exceptional role in acquainting Russian artists and the public with the art, nature and life of France. The sketches of the painter, carefully executed on small mahogany planks, preserve the charm of the living perception of nature and at the same time bear the significance of the finished work.

In December 1879 AP Bogolyubov, together with IS Turgenev, stayed on the estate of U. Gunzburg Shamboduan, was on the hunt. For the owner, he performed an album of cartoon drawings of hunting participants, including

a famous writer and himself. For the hostess – an album of watercolors “Landscapes of Shamboduan”. The landscape “Farm in Chamboduan”, conveying the charm and charm of the early autumn, can be called a masterpiece of Bogolyubov. If in his early sketches the color appeared as a self-sufficient quantity, now it is an important plastic element that helps the artist express his feelings in the bright image of nature.