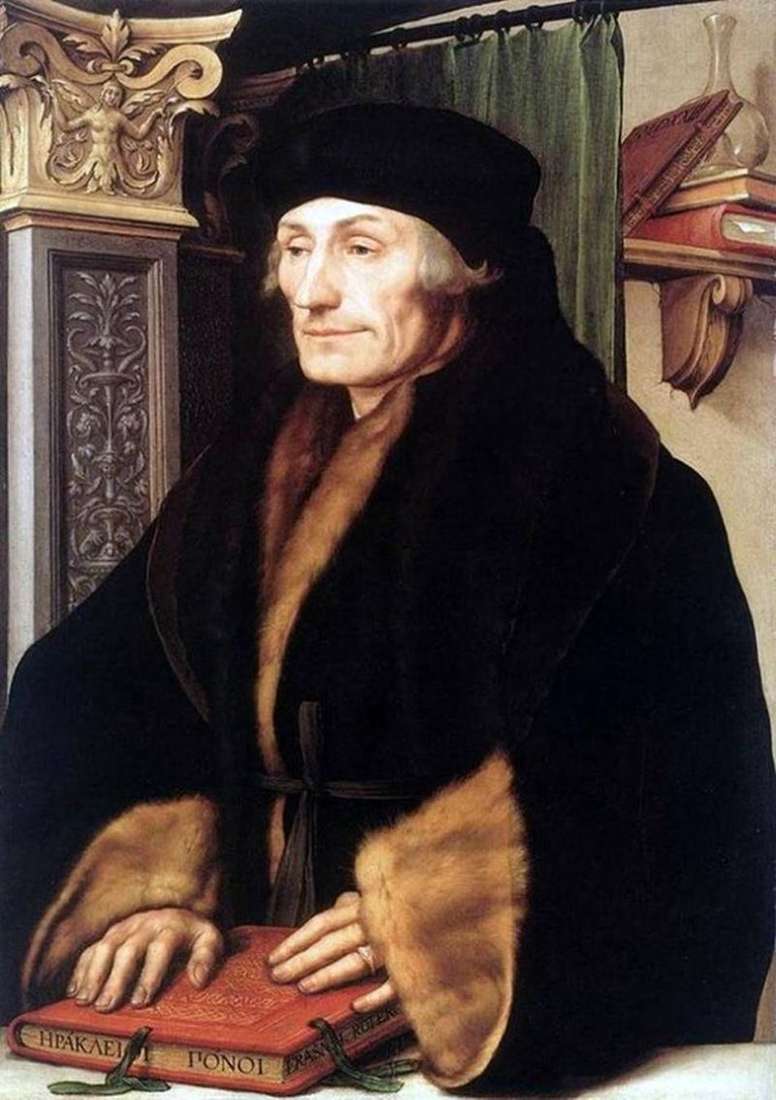 Hans Holbein the Younger is a German painter of the Northern Renaissance. One of the first artists who focused on secular, not religious subjects. So, Holbein has won the public’s disposition not only at home, but also abroad.

The heyday of his career began in 1515, when he moved with his brother to Basel, the cultural center and the university city. This event affected his future career, because it gave a significant impetus to the development of the artist’s pictorial talent. Acquainted with Erasmus of Rotterdam, the largest scientist, nicknamed “the prince of humanists,” Hans Holbein receives his first big order for a book illustration.

At the same time, he writes a portrait of Erasmus of Rotterdam, which instantly brings him fame. In this picture, he showed himself as an innovator, deliberately abandoning the Gothic tradition of writing, which until now prevailed in German painting of the 16th century. The painting work of the master has a characteristic plastic modeling, so his style can not be confused with other authors of that period. The first thing that comes to mind, looking at the portrait of a scientist, is the scrupulousness, accuracy and restraint of the author himself.

In the portrait there is not a single hint of fiction, everything is so accurately traced. Not for nothing Holbein was called a master of drawing, not painting. Before getting down to work, he thoroughly sketched the portrait, filling it with the necessary details, and then he began to paint picturesquely. On the portrait of the artist the face of Erasmus of Rotterdam is full of dignity and tranquility.

This painting became one of the most important works of the Basel period in his work. The specificity of the transfer of reality is characteristic only of Holbein – the realism of the artist’s skill and the lack of emotional coloring in the persons portrayed. The portrait genre is that area of painting, where Holbein was realized as an artist.