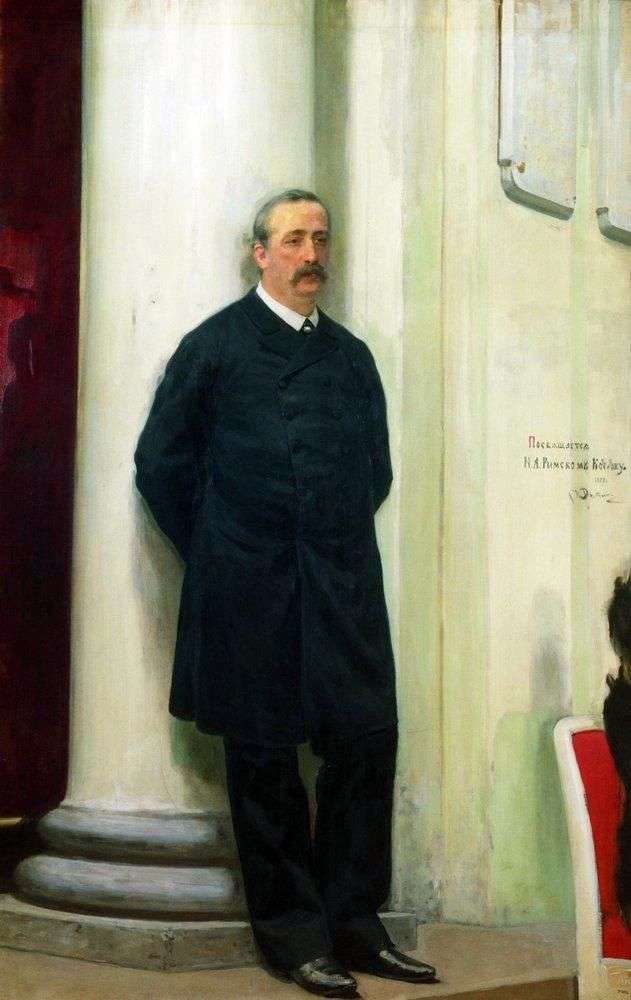 Repin’s portrait mastery amazes with the richness and variety of images created by the artist. In each case, Repin demonstrates the ability to modify the painting style, change the compositional, coloristic, lighting effects, emotional structure of portraits. Every time he seems to be infected with the person being portrayed, subordinating his painting to the properties of the character and style of the model’s behavior.

The personality of Alexander Porfirievich Borodin attracted the artist especially. On the one hand, a talented composer, Borodin was a member of the famous “Mighty Handful”, in whose circle Repin, who passionately loved music, was introduced by V. V. Stasov. On the other hand, he is a famous chemist in Europe, the author of more than 40 scientific papers, one of the organizers and teachers of Women’s Medical Courses.

The constant striving for self-improvement, for learning everything new, involved in the broadest sphere of creativity, attracted Repin and to the world of science. He was not only familiar with the scientist, but was interested in his professional activities: he attended public lectures, visited laboratories, operating rooms, collected and kept books, many of which were endowed with inscriptions. “Portrait of A. P. Borodin,” like “Portrait of M. P. Musorsky,” sounds like a requiem for the death of a great man. Borodin died suddenly, from a heart attack, in 1887. Pictured standing near the massive stem of the column, the composer is immersed in a state of deep inner contemplation.

Repin builds a portrait composition on the solemn rhythm of powerful verticals and the alternation of sonorous chords of black, white and red. The Russian heroic, epic, which is primarily the “Borodino” in music, sounds throughout the whole imagery of the work. The author of the opera Prince Igor and two symphonies, Borodin perceived life objectively and optimistically as a source of strength and joy, believing in the power of man, in the triumph of reason and beauty.