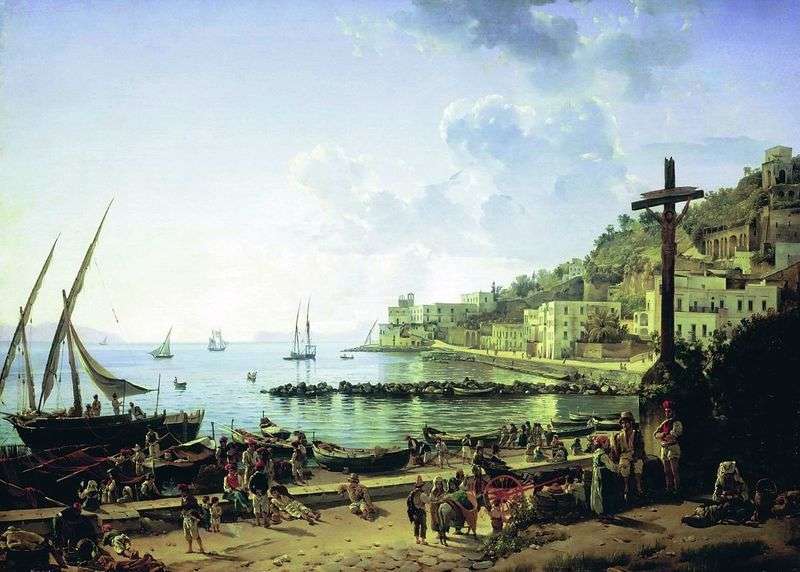 In the summer of 1825 Shchedrin moved from Rome to Naples. He was drawn to the sea, to the Neapolitan embankments, to the motley crowd. The artist wrote various embankments of Naples: the famous Santa Lucia, Mergellina. Riviera di Chiaia is the longest and most populous of them. In comparison with the Roman landscapes, painting here becomes colder and more colorful, but more independent.

The warm, “museum” tone disappears, the immediate impressions of nature are felt more, free from the influence of the painting of the old masters. A new picturesque manner began to take shape in Sylvester Shchedrin in 1826.

The artist’s friend, the sculptor SI Galbert, recalled: “He exposed all the pictures he had written to me that summer and asked me to tell him frankly whether I was finding any change in his manner.” I answered: the difference in sign, and very, in general all the colors are grayer, the tones are colder, but more powerful and more natural. “” Well, thank God, “he said, I was forcibly banished from these warm tones, which I have only been told about and have been interpreted by amateurs.”