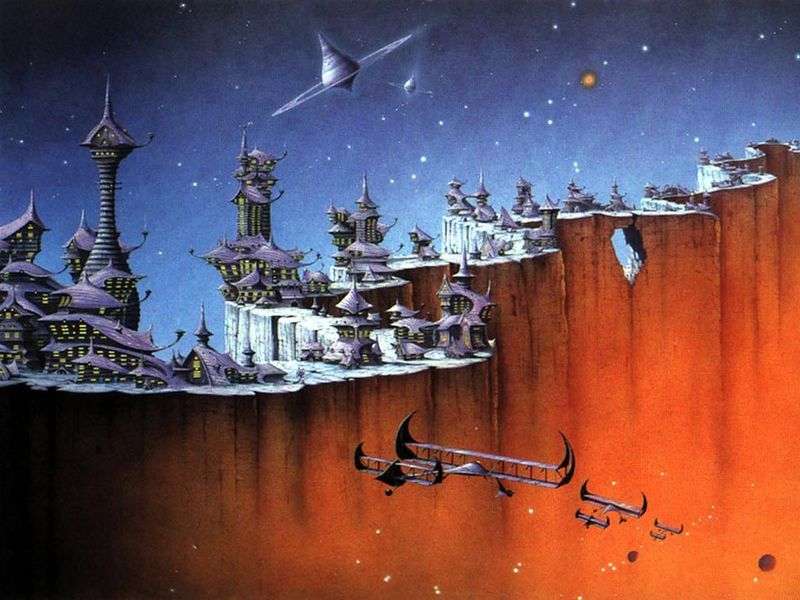 Rodney Matthews, along with the time-consuming work on the covers of music albums, illustrated many books and magazines, first of all fashionable then fantasy and popular science fiction. Rodney Matthews designed colorful covers for Andre Norton’s novels about the world of witches and many of the works of science fiction writer Michael Murcock, which can be combined into the theme “In Search of Eternity.”

The painting by Rodney Matthews “Colonia” depicts a fantastic city. A terrible disaster happened on one of the planets of the Universe and the entire population of this planet had to be evacuated into a narrow strip of earth suitable for life. Small ships serve as vehicles for the inhabitants of this unusual colony. The commonwealth of the worlds of the immense galaxy is becoming a reality.