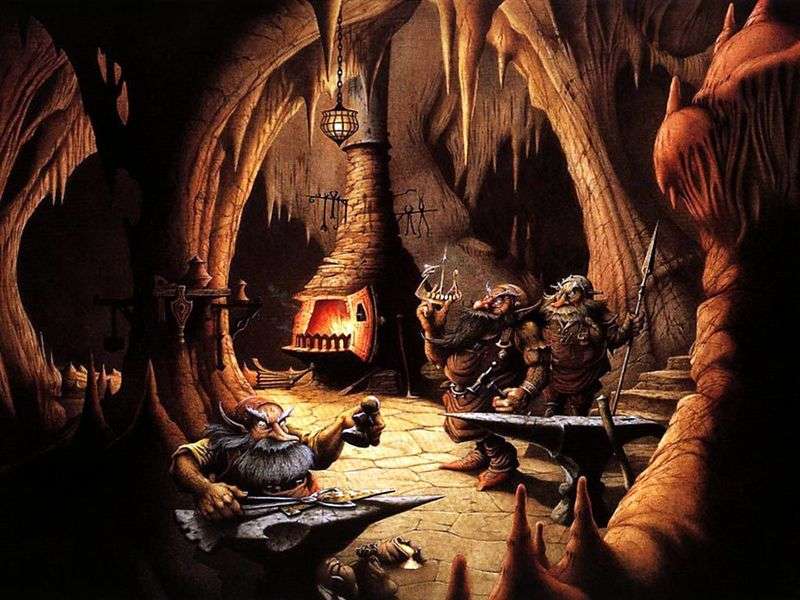 Hellish hearth of evil tsverg portrayed Rodney Matthews in his painting “The Forge Andwari”. Tsverghi – creatures like dwarfs, natural spirits in ancient Norse, Germanic and Scandinavian mythology. Tsvergs lived in earth and stones, they were afraid of the sunlight that turned them to stone. These creatures were very skilled in various crafts, they created magic items for the gods: Mjollnir’s hammer, Gungnir’s spear, Siv’s golden hair, Brisingamen necklace, Skidbladnir’s ship, etc.

From the honey and blood of the poet and the sage Kvasir, these creatures created the sacred honey of poetry – the gods used their lips to lip the newborn, who is destined to compose poems in the future. Tsverg Andvari forged the magical Ring of Strength and the treasures of the Nibelungen from the gold of the Rhine maidens he had stolen.