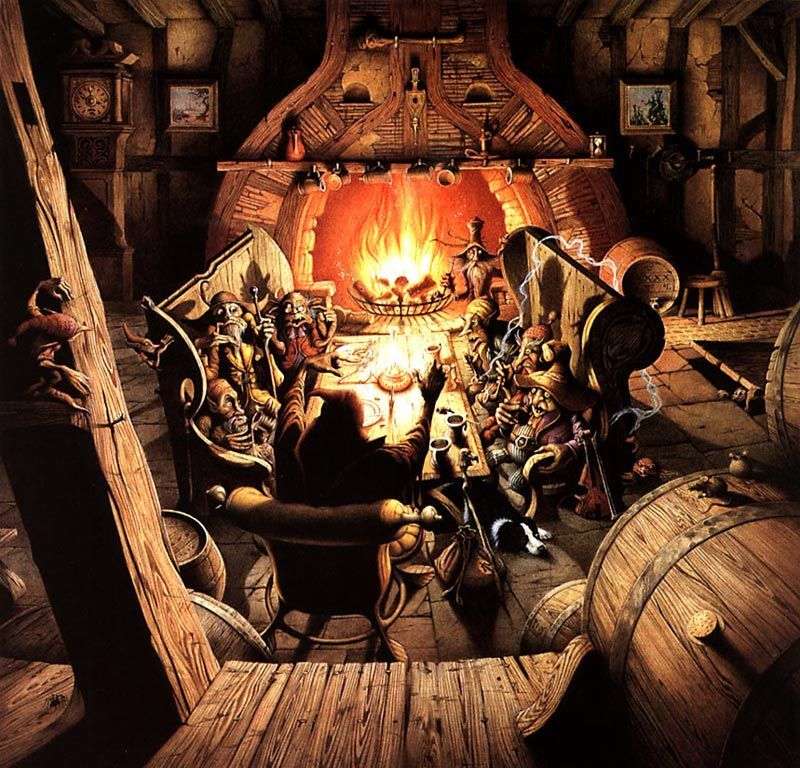 The painting by Rodney Matthews “The Goblin Beer House” depicts a night revel of the inhabitants of the underworld – dwarves and dwarfs, or so-called goblins. In the mythology of Western Europe, goblins are called mischievous ugly creatures living underground in caves that do not tolerate sunlight, leading an active nightlife.

They once lived on the surface of the earth and were very similar to other people. But the king, the lord of those lands, for some reason began to deal with them with excessive severity and once all the goblins disappeared. But, instead of going to another country, they took refuge in underground caves, from which they left only at night, so as not to be seen by people.

It is believed that goblins love to cause people dirty tricks – send nightmares, make noise with noise, break dishes with milk, crush eggs, blow soot out of the oven into a clean house, blow flies, mosquitoes and wasps on people, blow out candles and spoil milk.