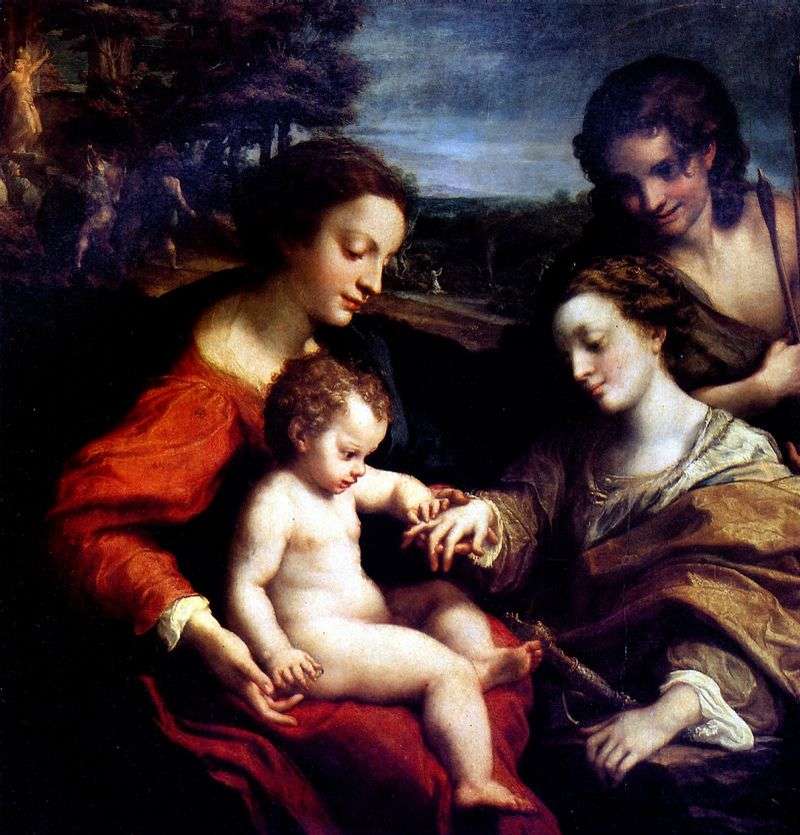 Correggio often turned to the life of St. Catherine, daughter of King Xanthos, who suffered martyrdom at the will of Emperor Maximian. In her youth, the saint gave a vow of celibacy and devoted herself to Christ. This moment just fell in love with the painters, who began to portray it in the form of “mystical” betrothal of St. Catherine with Christ.

In the early “Betrothal of St. Catherine,” 1509-10 Correggio depicts a saint standing on his knees in front of the throne, where the Mother of God sits with the Child. Later, a later work is posted. The saint here holds a branch of palm trees – a symbol of martyrdom. And, finally, at the top is presented the latest version of the “Betrothal”, featuring a free, laid-back composition.