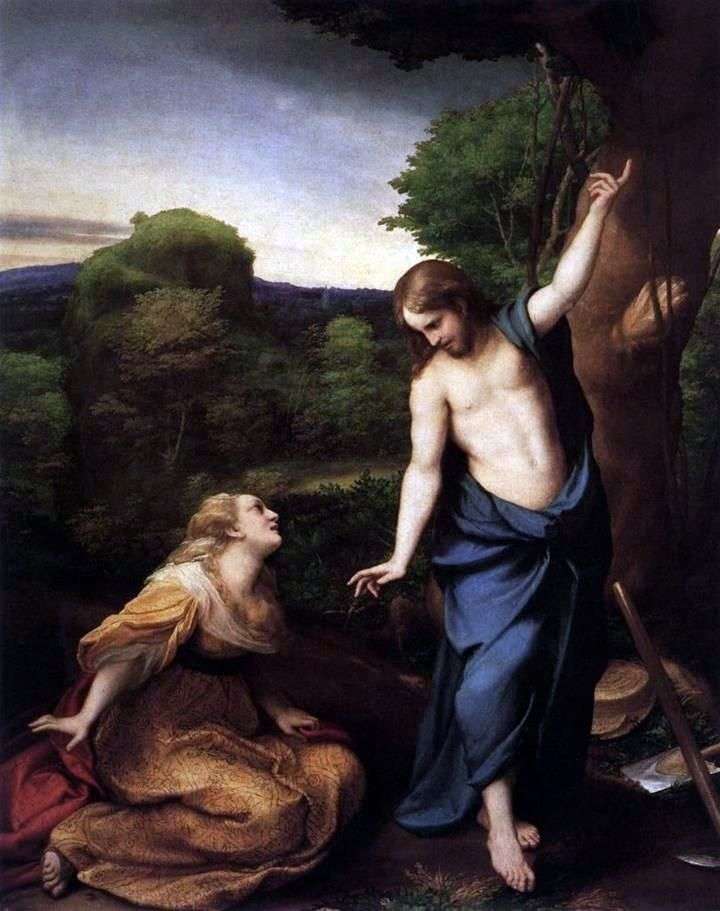 Antonio Allegri, a painter of the period of the High Renaissance, received his nickname at the birthplace and creativity in the Italian city of Correggio. The master accurately conveyed the trembling atmosphere of the moment of recognition of Christ: Mary Magdalene reaches for Jesus, standing in front of him on his knees. The gesture of Christ illustrates His words: “Do not touch Me.” He gently removes the woman.

Dramatism, reinforced with a cold color scheme, is read in the characters’ intersecting views. The influence of Leonardo da Vinci and Raphael manifested itself in the canvas by the immersion of figures in the vegetative background and the diagonal construction of the composition. In turn, the landscape painter reached an unusually naturalistic image. The viewer seems to feel the life-giving coolness of the morning, the juicy density of the green grove, the gentle warmth that lit the dawn sky.