Home ⇒ 🎨Deineka Alexander ⇒ Before descending into the mine by Alexander Deineka 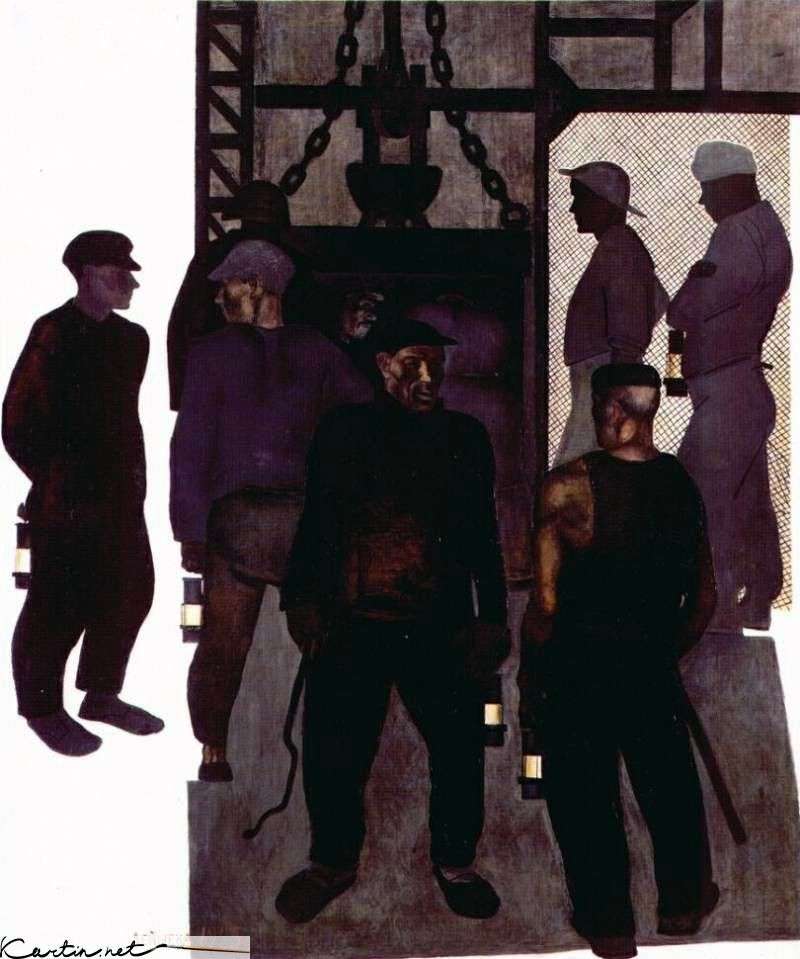 “In the face” and “Before the descent into the mine” – huge canvases from the time, solved almost in black and white, with a slight addition of red ocher, I tried to convey the rhythm, the triumphant state of labor or waiting for him.

In the film “Before descent into the mine,” the center is solved in a deep-space and light, passing along the edges to the absolute plane of the white with the black, the silhouettes of the miners.

The whole thing is built vertically, as a hint at the vertical shaft of the mine. In the film “In the face”, on the contrary, everything is revealed in a horizontal frieze. Such a composition corresponds to the successive rhythm of underground work. Everything in the dark heavy scale, from the white places there were only spots of miner’s lamps. “